Dr. Nikki Riley (Debbie Gibson) loves her animals, even the slimy, slithering snakes. She is able to locate a lab that houses numerous pythons and rather than have them harmed, Nikki frees them and sets them loose into the Everglades. But this cases woes for Dr. Terry O’Hara (Tiffany), as the snakes have been killing alligators at an alarming rate. Not just that, but even humans have been attacked, including Terry’s lover, who was killed by the pythons. Now Terry is pissed, driven to dose some alligators with an experimental steroidal growth formula. The alligators soon begin to mutate, but the snakes feed on their mutated eggs, which then mutates the snakes! Now as the snakes and alligators cycle through mutation after mutation, the femme fatale doctors also clash in brutal fashion. As the tension mounts, bodies pile up, and tempers flare, the situation starts to heat up. When the dust settles, will the survivors be Nikki and her pythons or Terry and her alligators?

In the always competitive realm of “mutant animal vs. mutant animal with 80s pop culture star lead,” just having two mutant forces of nature battle in front of washed up 80s icons isn’t enough. Mega Python vs. Gatoroid knows this, so it gives us not only the epic clash between mutated beasts, but also a showdown between 80s pop stars. Yes folks, this movie is all about Debbie Gibson and Tiffany settling the score. I love this movie. You have some of the worst digital effects ever seen, bad by even SyFy standards, poorly written dialogue, and a cast that well, is probably grateful just to be employed. All of these elements combine to create the perfect storm for this genre. This might be one terrible movie, but it never fails to deliver laugh after laugh, plus some unexpected moments of brilliance. Simply put, Mega Python vs. Gatoroid is wall to wall entertainment, with a finale that more than delivers and two of 80s pop’s greatest in an epic duel. Don’t miss this one.

Mega Python vs. Gatoroid is presented in 1.78:1 widescreen. Sadly, this epic doesn’t have the flawless visual presence it so richly deserves. Some scenes look excellent, with impeccable depth, but those are the exception in this case. I have to think the low end production values have a hand in this middling look, as some odd visual choices stand out. This could be side effects of the digital work done, but I can’t be sure. But in any case, scenes go from clear to dull within seconds, visual oddities surface, and the image suffers. This still looks decent, but it could have looked much better.

A DTS HD 5.1 soundtrack is present, but this track is held back at every turn by the low rent sound design. What should be potent, expansive action sounds thin and hollow, as if we’re all wearing ear plugs. This is not a huge issue, but if the mix can offer your movie a dynamic presence, why not make sure your sound design can let it? Even dialogue comes off as rather weak, thanks to some volume concerns. I know this movie wasn’t graced with an immense production budget, but surely some room could have been made to deliver a better soundtrack than this.

This disc includes a brief promotional featurette, as well as the film’s trailer. 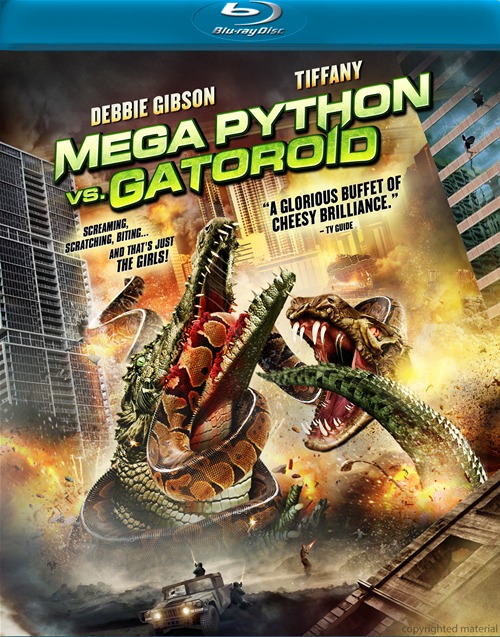