After being delayed for almost two years, Minions: Rise of Gru is finally here. I rather enjoyed the first Despicable Me back in 2010, which was so out of nowhere it seemed. After 3 Despicable films and a Minions spinoff, one should know by now if they’re going to enjoy this latest chapter or not. While I haven’t followed the sequels as closely, I quite enjoyed this one. It may play it safe and give the audience exactly what they want, but what’s wrong with that? Why reinvent the wheel if you don’t have a broken system? As of this writing, the film is already a huge hit at the box office, so it’s clear that audiences eat this up. There’s already a fourth Despicable Me film not too far away. This chapter takes us back to 1976, which puts the focus on an 11-year-old Gru (Once again voiced by Steve Carrell) wanting to become a supervillain, and his lovable Minions having to rescue Gru. I will talk more of the plot and what to expect in a bit, but the already established fans should find plenty to love in this chapter. I certainly had a lot of fun with it.

We open with a heist involving a group of criminals known as the Vicious Six. Wild Knuckles (Voiced by the great Alan Arkin) is betrayed by his crew, and they kick him off the getaway chopper to allegedly fall to his death. Little do they know that he survives. Knuckles lost possession of the magic stone, so the plot involves him trying to recover it and a young Gru who dreams of joining the Vicious Six. Gru is denied admission as he is deemed too young. This leads Gru to try and prove himself by obtaining the Magic stone. Unfortunately, one of the Minions trades the magic stone for a pet rock and this causes Knuckles to kidnap Gru and let the minions know that they have 48 hours to get the stone back or else Gru will be killed.

It’s a busy, familiar, but all too fun plot that I got caught up in. I like that although this is a kid film, that the adults can enjoy it just as much. Being set in the 70’s, it knows exactly how to play to that decade with the styles and the music. There are tons of famous voices here as well. It all builds toward a hectic climax, but it knows not to overstay its welcome. I look forward to the next chapter to see what trouble Gru and his Minions will get into. As it stands, this became a fun diversion. I doubt it will win over newcomers, but it caters to the already established fans. Check it out.

Most likely anyone reading this will know that anything computer-animated will look positively stunning. This is the case with Minions and yes, it’s consistent with the other films in its genre. The 2.39:1 AVC HD image positively sparkles from beginning to end showcasing a wide variety of detail and texture. While I’m not really sure what the minions’ skin is made of, we’re treated to ariel shots of New York, buildings in London and intricate interior designs in mansions. What’s all of this mean? Sit back, relax and know that nothing in the world will look any better than what you’ve got in your player.

As is becoming more and more common these days, a Dolby Atmos soundtrack is included but if you’re not equipped (and not many reading at this moment are), a very nice Dolby TrueHD soundtrack has been included. I hesitate to comment on the “dialogue” and that’s used in quotes for a reason, as most of the vocals from the minions are just pure gibberish with a few coherent words mixed in (“Yes”, “Ok” and the like). Still, even though we can’t really understand what they’re saying, it does sound crystal clear. Ambient surround effects are abundant, the front stage is constantly churning and if you’ve ever wanted to see a the best in what 70’s fashion has to offer – I assure you that it will sound its best here.

Delivering almost exactly what one could expect, Minions: The Rise of Gru doesn’t rattle the formula too much. By now you pretty much know if this will be your cup of tea or not. I for one had enjoyed this quite a bit and will likely check it out another time or two in the near future. Recommended. 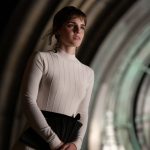 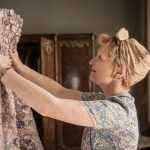