I’ve said it before (in reviews and in person), but I don’t get into politics. The topic and people and their thoughts on it hardly interest me. I have a friend who’s currently in Facebook prison for posting offensive memes. I bring this up, because much of what he shared involved Ruth Bader Ginsburg who is the subject of this film. They were quite amusing as well. I don’t think her story is a sure thing when it comes to a feature film, but the makers of On the Basis of Sex felt otherwise. I’ve read other reviews with many calling the film predictable. I don’t know if that’s the best word to use since most of us have at least heard of Ginsburg and know her basic story. Instead, the film just feels very by-the-numbers. The one strong thing the film has going for it is Felicity Jones as Ginsburg. She gives a strong performance, but the film had me tuning out long before it ended.

We begin in 1956 when Ginsburg becomes one of only six women at Harvard Law School. Her husband Martin (Armie Hammer) is supportive of her and they eventually have two children. The film then cuts to the 1970’s where it spends much time. We see that Ruth has become a law professor and eventually takes a case of gender discrimination. Before long Ruth reaches the Supreme Court, but the film spends a lot of time with procedurals. We also see the expected sexism that Ruth faces as it’s a time that most men thought women’s duties shouldn’t exceed beyond cooking dinner and running errands for their husbands. It’s not that this sort of material is uninteresting, it’s just that it feels in service of a film that feels more like a checklist of things that should happen rather than a truly challenging one.

There are some strong scenes in Basis as we see Ruth stand her ground on more than a few occasions. I also enjoyed the rebellious nature of their oldest daughter in a few scenes. Still, the film bored me more than it did anything else. Beyond nicely recreating an earlier era and a strong central performance, there just isn’t that much here of interest. A documentary on Ginsburg or even researching her on your own might prove more enjoyable than the film.

If you’ve ever seen an episode of Mad Men, then you’ll have an idea as what to expect, visually. The 1.85:1 AVC HD image is pure joy to watch. The outfits of the 60’s and 70’s (where the majority of the movie takes place) showcase the rich textures of the clothes, all the while giving us a highly-detailed look at the lead actors.  Some of the modern scenes tend to be a bit more neutral, even a more warmer, yellowish tint to them. The film, shot digitally, looks every bit as good as would be expected. It’s a stunner.

Included is a fairly active DTS HD Master Audio sound mix that more than fits the bill. Vocals are are at the heart of the film and sound rich and pleasing. Felicity Jones’ dialogue as Ginsburg has an odd tone to it, but not in a bad way (then again I just watched Rogue One: A Star Wars Story the other day, so perhaps that was it)? This is a front-heavy soundtrack with just the right amount of surround sound to create a nice aura.

Despite a strong performance from Felicity Jones, Basis does little to actually engage the viewer. It’s just too formulaic to really succeed. Her story may be a good one, but the film doesn’t present it in a strong fashion. Skip it. 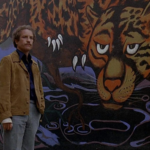 The Big Fix (Blu-ray)
Next Article 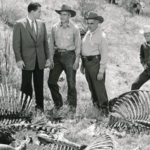