When it comes to films, I’d say that if you’re at all serious about your movie-watching, every Best Picture winner should be seen at least once. I received a newspaper clipping from my aunt (she worked in the newspaper industry) that rated all the Best Picture winners. This has been a few years ago, but the article went back and looked at the winners, which ones deserved it, which ones had held up over time and so forth. If memory serves, Ordinary People wasn’t looked too fondly upon. Add to that, this was a year when (now) Raging Bull is widely considered one of the better movies made – ever. Granted, the Academy doesn’t always get it right. Was Shakespeare in Love really a better choice over Saving Private Ryan? The list goes on. But, Robert Redford’s directorial debut did win the big prize as well as Best Director, Best Adapted Screenplay and Best Supporting Actor. Admittedly, I’ve never seen the movie until now…

We meet the Jarrett’s, an upper class family that’s struggling to stay together. The oldest son, Buck, has recently died in a boating accident. Conrad (Timothy Hutton), the younger son, is released from a mental hospital due to his failed suicide attempt. His father, Calvin (Donald Sutherland) encourages him to see a psychiatrist. Conrad agrees and begins to see Dr. Berger (Judd Hirsch). Conrad begins to come to terms with his feelings and decides to quit the swim team and pursue his chorusmate, Jeannine (Elizbeth McGovern). This doesn’t sit well with his mother, Beth (Mary Tyler Moore).  Beth’s inherent anger towards Conrad causes a rift between the two. And Calvin, a patient of Dr. Berger’s himself, is still trying to reconcile the feelings of loss and his attempt to understand Beth.

There’s a lot of feeling talking going on in this film. But it does work. I wanted to dislike the movie, but something about it drew me in. With mental illness becoming more and more prevalent these days, the movie might be more relevant now than when it was first released. People are flawed. Bad things happen and there are consequences for every action. The film takes a look at a tragedy and how it the ripple effect affects an ordinary family. The debate will likely go on if this was truly worthy of winning Best Picture. Was Annie Hall a better film than Star Wars? Again, you get the idea. Regardless of your stance on the film, it’s been given a new transfer and even a new supplement; for fans – this is a must have.

Paramount did a new 4K remaster of this disc (why it’s not available in 4K is beyond me) and it shows. Granted, as mentioned above, I’d never seen the film prior to this so I have no basis of comparison. But, I will say that Paramount’s “Presents” line has set the bar pretty high, so I’m sure this is a modest improvement over previous versions of the film. There’s a fine layer of grain that persists throughout, but it’s not intrusive. Colors seem a bit muted (perhaps to reflect the mood of the film), though detail seems sharp. This isn’t one of those that’s going to showcase every color in the spectrum, the palette is warmer, yet more subdued. It looks good, though, to be sure.

There’s not a lot to do with the sound when all we get is a Dolby TrueHD mono mix. Don’t read that the wrong way, mono soundtracks can sound pretty decent and that how this one is. There’s no real range or depth to speak of and with only one channel doing the work, this isn’t the audio powerhouse some films are. But, you what, it gets the point across and does a pretty good job at it. Vocals are strong and crisp, no distortion can be heard and while there really isn’t much atmosphere to speak of, I found this one satisfying enough.

Though maybe not deserving of its Best Picture status, it nevertheless came home with the statue. This isn’t a feel good movie by any means, but then again life isn’t always a series of happy moments. The cast is stellar and I found I enjoyed this much more than I thought I would. Paramount keeps up the tradition with its Paramount Presents line – this is a worthy addition. 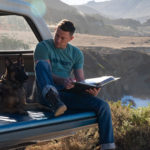 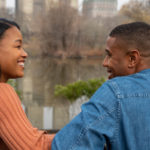