Mel Gibson’s “The Passion of the Christ” isn’t so much a movie as it is a visceral experience. The plot, as the title would suggest, focuses exclusively on the last twelve hours of Jesus’ life. As such, there is little to no context in which to place the events which unfold in the film. Beginning with Christ’s betrayal and arrest, and culminating with his crucifixion and resurrection, “The Passion of the Christ” expects and demands a working knowledge of its subject matter to achieve the maximum impact. Some have criticized the movie for this, but I would argue that it is one of the film’s greatest strengths. It forces one to view it through a unique and personal lens, getting out of it only what he or she brings to the table. Criticizing this film for a lack of context is as baseless as attacking “Fahrenheit 9/11” for not including a history lesson about the Iraq war. Certain things are simply expected of an audience and one of them, like it or not, are some foreknowledge of the life and teachings of Jesus Christ. Some have faulted the film for this conceit, claiming that this approach prevents non-Christians from appreciating the movie’s message. To those critics, I submit that one need not be a Christian to know the life of Christ. In any case, no one is stopping them from picking up a bible for further reading. For my part, I went to see this film back in February as someone raised Christian, but not practicing any particular religion. As I was moved to tears by the magnitude of Jesus’ suffering, it became apparent to me that not all of my emotions were grounded in my southern Baptist upbringing. While I may not have become a complete convert, I must admit that I left the theater that night with something I’d never had: a deeply meaningful appreciation of the power and importance of faith. As someone recently told me, films are not made in vacuums. In response to this view, I’ve opted to address a few of the complaints that this film has inspired from other critics.

One negative review I read for “The Passion of the Christ” said the film seems to make Christ’s love for mankind directly analogous to the amount of blood he sheds onscreen. My contention here (and perhaps it is one rooted in Christian mythology) is that this reviewer, though displeased, has just made the case for this film. The “Passion” refers to suffering and love, to pain and triumph, to persecution and forgiveness. The dual nature of the word cannot be taken lightly in this context, and it’s not meant to be. It astounds me that films like “Kill Bill: Volume 1” are praised for their satiric violence while “The Passion of the Christ” is criticized for its much more realistic, serious approach to that same level of gore. I submit that never in cinematic history has onscreen violence been more appropriate – or more necessary – than in this film. It forces each of us to question whether violence in the movies is acceptable to us only if it’s comfortable to watch. I doubt if anything less than what’s presented here would have even stirred us from our collective desensitization.

As for claims of anti-Semitism, I simply don’t see it. Frankly, this isn’t the story you should be watching if you’re looking for a flattering portrait of anyone, Jewish or otherwise. I personally found the film to be quite balanced, placing the shroud of guilt squarely on everyone’s shoulders. No one group was solely responsible or completely free of blame. In fact, the most profound acts of kindness toward Jesus in the film are from Jewish characters. The same can be said about the complaints that the movie neglects the message of Christ in favor of focusing on scenes of torture. I found the message of love and forgiveness – told through various flashbacks – to be almost overwhelming when juxtaposed with scenes of Jesus’ crucifixion. This, at least to me, illustrates a classic case of people seeing what they want to see and blocking out what they don’t. But despite the negativity, his film remains intensely powerful and undeniably moving to all those with open minds and hearts, Christian or not. When all the smoke clears, I suspect that a re-evaluation will be in order. In any case, Gibson has created a piece of cinema that has a great many people talking and asking questions. Somehow, I think that was the point.

This appears to be the exact same transfer that was included in the “Definitive Edition” released in 2009. If it’s not, I wasn’t able to ascertain any noticeable differences between the two versions. I noticed absolutely no pixelation problems, color bleeding, compression problems, or edge enhancement. Black levels are spot-on and detail level, even in darker shots, is striking. Caleb Deschanel’s stunning cinematography is captured here in pristine, exquisite detail. It’s a great-looking (and, considering some of the subject matter, that might not be a good thing) transfer.

The real (well, the only) draw here is the addition of a Portuguese and Spanish dub track, both in DTS HD Master Audio. If you aren’t fluent in Portuguese or Spanish and already have the previous Blu-ray, there’s no need to get this version. The DTS track gets the slight edge here with tighter base and more effective imaging across the soundstage. Both tracks are totally enveloping with frequent, effective use of the surrounds for a very dense aural palette. A commentary track for the visually impaired is also included. One may also opt to watch the film without subtitles as the director originally intended.

There is a more robust edition out there and if supplements are your thing, that’s the version to get. But if you don’t own this or you’ve been aching for the dub in English, Spanish or Portuguese then this version is for you. While not the easiest film to watch (though, admittedly, they do make it more palatable with the included option), it does stand as a landmark in cinema and is probably the best depiction of Christ’s last days. 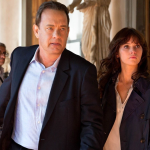 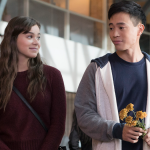