Warner Bros has recently been releasing a line of films on Blu-Ray under the umbrella of the Archive Collection. This label has been gaining a solid reputation due to the diversity of films and quality of the HD masters they have been releasing. I have been purchasing some of their films that they have released in the last couple years, and one film I stumbled across was Out of the Past. I love film noirs, but somehow this film had escaped my attention. The other night I had put my kids down with enough time to sit down, pour a small glass of whiskey, and watch the film.

Out of the Past begins in a small and quiet town in California. A mysterious gangster, Joe (Paul Valentine,) arrives in town and visits Jeff Bailey’s Garage. The gangster talks with a deaf boy that works as an attendant there and finds out that Jeff (Robert Mitchum) will be back soon. Joe waits at the cafe across the street, and informs Jeff that Whit (Kirk Douglas) would like him to come back to San Francisco to settle an old debt. Jeff Bailey decides to tell his lone and beautiful small town love Ana (Virginia Huston) the awful truth. Jeff Bailey is really Jeff Markham. Jeff Markham was a private eye that had been hired by a gangster named Whit to track down a dame named Kathie that had left him $40,000 lighter in the bank account and four bullets heavier. The plot unfolds in an extended flashback of how he meets the beautiful and dangerous Kathie (Jane Greer,) and what transpired to force him to lose his identity.

For a film noir enthusiast this film has everything. Chain smoking, gritty dialogue, suspense, femme fatales, frame-ups, murder, and betrayal all in glorious impressionistic black and white. The writing by Daniel Mainwaring (under the pseudonym of Geoffrey Homes) is tight and tough as nails. I recently spoke to a friend that is incredibly knowledgeable about film noir and they pointed out that it is a great film but also incredibly unpleasant at times. The original title of the film was Build My Gallows High if that gives any indication into how rough this film intends to be. I think overwhelmingly, the average viewer will find the film extremely interesting. The plot itself careens in numerous directions – crossing from San Francisco to Mexico and elsewhere. It is one of the first times in recent memory where I watched a film of this type and didn’t see exactly how it would unfold entirely. While the film uses some formulas that are fairly standard for a noir film, the direction by Jacques Tourneur makes the film’s dynamic feel fresh and alive. This film in many respects looks very modern thanks to cinematographer Nicholas Musuraka’s choice to have dolly shots that follow the actors and other modern techniques that were not so common at that time. It is a beautifully realized film and a lot of that is due to the evocative imagery.

On top of that, this film makes great use of cigarettes. This film could have been sponsored by Winston-Salem or Philip Morris. Robert Mitchum smokes like a fiend and uses this character trait to do some interesting stuff. For example, when he knocks out a man and then borrows a cigarette from the pack laying there or when he throws a lit cigarette onto the carpet of a room to show his displeasure and control of the situation. These little details are a good example of why this film is so well-regarded.

Robert Mitchum is electric in the film. This is him in peak performance mode (not quite to the level of Night of the Hunter, but still crazy good.) Kirk Douglas does a great job as the soft-spoken villain Whit. This was only his second film but it was already evident that he had the confidence to tackle juicy roles. Even more impressive is how Jane Greer manages to steal the film from both of them. She was a real knock-out and her layered performance is one of the best of its kind. You will not be able to take your eyes off her. When you combine those performances with numerous great character actors in smaller roles, you have something really special.

Out of the Past is a great example of a great genre. A consistently engaging film with a ruthless brutality that was even rougher than most of its counterparts, this movie has its fair share of lovers and haters. It’s average score on IMDB will attest that this is only for people that like their noir as dark as they like their coffee. I wish we could see more films of its ilk today. Fans of A History of Violence will find themselves right at home here.

Warner Bros. did a fantastic job on the transfer of the film using an MPEG 4 AVC codec of a new 2K restoration in gorgeous Black and White. It is absolutely crystal clear. I love Nicholas Musuruka’s cinematography in this film. It is of the same evocative look of other noirs, but he manages to mix in so many techniques that were not remotely popular at the time. It is just plain visually captivating. Fans of the film should be very pleased with the meticulous attention to detail that this transfer has been given. Clarity and fine detail are perfect. This is yet another great example of the solid job that Warner Bros. are doing on their archival releases.

Warner Bros. have provided a DTS-HD Master Audio 2.0 track that sounds good. As a mono mix front speakers are used for the entire mix. Clarity is solid. I did not detect any dropouts or overbearing hiss. This is not the most robust mix imaginable, but the score does benefit from the mix. I really thought the work that Warner put in on this track was pretty remarkable overall. Sounds like it could have been recorded yesterday.

Out of the Past is a great film. I love film noir and this is easily one of the most relentlessly dark film noirs from its time. Robert Mitchum, Kirk Douglas, and Jane Greer are just so fun to watch perform. I really can’t recommend the film highly enough. The video and audio for the film is very well preserved and shines on Blu-ray. The only detractor to this release, is that this film really could benefit from some more supplements, but I am just so glad that Warner Archive is making these films available to own. 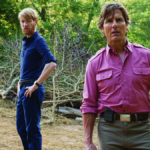 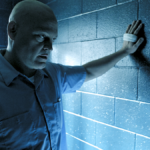