A wave of Russian and Cuban military forces have invaded the United States, some landing in Colorado in the middle of the afternoon. As students watch with curious interest as the soldiers parachute in, they soon find themselves under fire. The soldiers don’t hesitate to shoot the students, teachers, and anyone else who happens to be in their cross hairs. As he drives through the gun fire, Jed (Patrick Swayze) tries to load as many survivors as he can into the bed of his truck. He manages to escape with a small group of students, including his brother Matt (Charlie Sheen). The teens head to the local store and there, the owner loads them up with guns, ammunition, and provisions, telling them to head to the mountains. The group hides out and recons the town, even making a quick visit in to get some information. A lot of the teens’ fathers have been killed or taken prisoner, while others are just under constant watch. A pair of young girls joins the group during the visit and soon the teens are face to face with a squad of the invaders. This ends up with bloodshed and the teens are able to kill off the Russian agents. But with countless more soldiers and no help in sight, is there any chance the teens can save their town?

A classic of 80s action cinema, Red Dawn pits a determined band of teen guerrillas against the might of an invading military force. The production scope is immense, with tanks, planes, helicopters, and all kinds of other vehicles on screen, often directly involved in action set pieces. Red Dawn has a lot of action, all done with impressive practical effects that includes massive explosions and shoot outs. I mean, Lea Thompson on a mounted machine gun is enough to make me fall in love. Speaking of Thompson, the cast here is beyond deep, with a cadre of 80s stars that boggles the mind. Thompson, Patrick Swayze, C. Thomas Howell, Jennifer Grey, Charlie Sheen, and that is just the young people, let alone the established stars like Harry Dean Stanton and Powers Boothe. The performances are good, given to melodrama at times, but that is the material. In between action scenes, a good effort to made to make us care about these characters, which isn’t always common in this genre. So yes, things explode often and guns are fired consistently, but there’s solid storytelling here as well. As part of Shout Factory’s new Shout Select line, Red Dawn is given its best home video treatment to date, so fans of action movies and 80s cinemas need to upgrade those old versions and get with the times.

Red Dawn is presented in 1.85:1 widescreen. This appears to be the same scan from the previous MGM release, but that’s not bad news. This is a sharp, impressive presentation and it looks like some DNR from the MGM version has been removed. So you should notice a minor uptick in visual detail, which is always a plus. The detail is remarkable and really lets the film’s visuals shine through. The colors have a natural scope, with warm flesh tones and dead on contrast levels. I am sure some will be upset this is a new scan, but the transfer still looks excellent.

A DTS HD MA 5.1 soundtrack is on deck and of course, this movie provides ample chances for the sound design to shine. The action scenes pack a nice punch, with great presence and kinetic presence, which really helps light up those moments. So you get the kind of impact you want from an explosion, giving your home theater a nice workout. In lower key moments, the track does what it needs to, letting background noise enforce atmosphere or dialogue to take center stage. Even in quieter scenes though, this track has solid presence. This release also includes English subtitles.

A testosterone fueled 80s classic, Red Dawn remains a blast to watch and the cast is still so much fun to see in action. I am sure some will complain about the lack of a new scan, but the transfer looks good, all the old extras are here, and the new retrospective is quite good. Anyone into action movies or 80s cinema will want to add this to their collection. 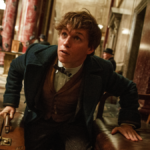 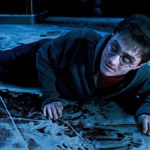