Shout!Factory has a great pedigree for releasing films that are off the beaten path. With their recent release of Road Games, Shout! Factory has turned their attention to the early-Eighties Australian film scene. Directed by Richard Franklin, the film stars Stacy Keach and Jamie Lee Curtis. The film itself is a relatively clean endeavor borrowing more from Hitchcock’s films than from the slasher films of the Seventies and Eighties. Jamie Lee Curtis fans should not let the poster for the film fool them into expecting otherwise. This is a traditional suspense film and not a horror film. It is a fun movie to watch thanks to some enjoyable performances and clever plot twists.

In Australia, truck driver Quid (Stacy Keach) pulls off the road to a motel. He prepares to grab a meal and bring back some food to his pet dingo. He sees a beautiful hitchhiker arrive and regrets not having picked her up. Quid gets a call from the job dispatcher. He begrudgingly agrees to take a job that begins at five the next morning; picking up and delivering meat. He sleeps in his car instead of the hotel. Inside a hotel room, the girl Quid saw plays a guitar naked on a bed. A man in the bathroom wearing gloves walks up behind her. He strangles her with a guitar string. The next morning the gloved killer watches as the trash is picked up. He catches Quid’s eye, but Quid doesn’t think much of it. On the road, Quid passes a hitchhiker named Pamela (Jamie Lee Curtis.) He doesn’t pick her up because of a company policy. Quid gets passed by the van that is driven by the killer. When he hears the news of the murder at the hotel, he puts two and two together. Soon Quid finds himself in a cat and mouse game against the killer with Pamela along for the ride.

As I watched the film, I knew that the plot seemed incredibly familiar. In one of the special features, director Richard Franklin described the film as “Rear Window in a moving vehicle.” That put a finger on why the film felt so familiar. Franklin borrowed liberally from Hitchcock, a filmmaker he idolized. While I feel that De Palma was a better student of Hitchcock, Road Games is a noble attempt to emulate the master. The script for the film is fun and engaging, but it is also not completely convincing at all times. There are some scenes where my suspension of disbelief was tested. That said, it was nice to see the Hitchcockian tropes played out against the backdrop of Australia (including an absolutely hilarious encounter with a kangaroo.)

The acting in the film is enjoyable. I love Stacy Keach in pretty much everything and he didn’t let me down here. It was great to see him in a leading role in a film as opposed to a supporting role or small screen role. Jamie Lee Curtis is charming as Pamela. There are not many other actors of note in the film, but the two leads carry the film nicely and have a good natural chemistry.

Presented in 2.39:1 aspect ratio with an MPEG-4 AVC Encoded image, the 1080p presentation looks very nice. The 4K transfer by Studio Canal is the same transfer that was used for the 2016 Umbrella release. Studio Canal has cleaned up the image, but kept a lot of the fine grain, giving a very filmic look. The film was shot by director of photography Vincent Monton. Monton did more than a capable job of making the outback come to life. The film works well visually and looks nice in HD.

The audio presentation on Road Games sounds nice. The music by Brian May fits the film well and is well orchestrated. This DTS-HD MA 2.0 track is pretty good and has the same limitations that one would expect from a track with no surround support. Dialogue is clear and the score came through my speakers perfectly. Fans will be happy with it.

Road Games is a fun distraction. Borrowing heavily from Hitchcock, Richard Franklin created an old-fashioned suspense film that for the most part works despite a few scenes that fail to connect. The film is helped by the very likable pairing of Jamie Lee Curtis and Stacy Keach. With a strong looking transfer from a good looking 4K scan, and a bevy of great supplements, fans will want to upgrade to this collector’s edition which makes the old Anchor Bay DVD obsolete. 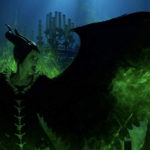 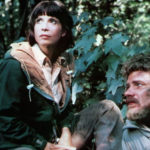