I know I had heard of Summer Lovers before receiving the disc to review, but it had slipped my mind if I had actually seen the film or not. I think myself to have a somewhat sharp memory, so for me to forget having seen a film indicates I forgot it, because it didn’t do much for me. That, or the fact that maybe my memory isn’t as sharp as it once was (something I hate to admit). Regardless, the film’s premise and cast (including the lovely Darryl Hannah) led me to want to check it out. To be fair, the premise isn’t really that strong, but it did look interesting enough to check out.

Peter Gallagher plays Michael Pappas. He travels with his girlfriend, Cathy (Darryl Hannah) to Greece for a little getaway. They seem to get along and are enjoying themselves. After a few sightings, Michael finally strikes up a conversation with Lina (Valerie Quennessen). She is a vacationing archaeologist, and the two of them eventually connect and make love. Despite his love for Cathy, Michael lusts for this new woman in his life. Things grow complicated when Cathy confronts Lina and starts falling for her. Now the tables have turned and it’s Michael who gets jealous of Cathy and Lina beginning a relationship. The three eventually start a fling with each other. We’re meant to really care and get to know these characters, but really the film expects the audience to care more than they probably will.

Summer Lovers moves at a nice pace, and the performances from the three leads are strong, but beyond the sensual side, I just didn’t care about the other stuff. Visually it works and that’s from the scenery itself and the leads, but beyond that, it failed to really engage me. It didn’t make a strong enough case for me as to why I should care too much about these characters, despite the strong performances. This might be because the film takes a very predictable path, never making the central dilemma too difficult for the leads. The film will probably be best enjoyed if you take it at face value and don’t expect too much from it. There’s nothing particularly deep about the film, despite it wanting to be. I was sad to learn that this was the final film role of Valerie Quennessen before a car crash claimed her life years after this film was released.

When viewed on my new 4K set, the image here is quite remarkable. Not only are the film’s visuals beautiful, but the attractive leads are lovely to look at as well. Greece lends itself wonderfully to the HD format, and this transfer is no exception. The AVC encoded (1.85:1) image is nothing short of fantastic. There’s a very clean and polished look to the print, with no obvious flaws that my eyes could see. Hairs on the arms of certain characters shows up, freckles and other such things. The details are strong throughout, making this a winning transfer from top to bottom.

The DTS HD 2.0 track, while a bit limited, does serve the film well enough. There’s some music heard throughout, but the vocals dominate. We get the clarity I’m much accustomed to, making this a nice compliment to the strong transfer. I’m unsure if a 5.1 mix would’ve improved, but the results here work well enough.

Summer Lovers makes for a good one time watch. One you’ll see and probably forget all about. The leads are easy on the eyes and we get plenty of glimpses of nudity for those curious. You know who you are. As far as this disc goes, the visuals are quite lovely and we get a couple of decent extras. Recommended for fans of the film. All others should probably rent before purchasing. 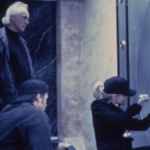 The Real McCoy (Blu-ray)
Next Article 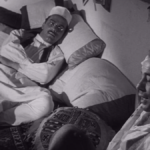