As many films as I’ve seen, there are a select few that stand out. But, I should mention, that they stand out for different reasons. Like a favorite song or that pair of jeans you can’t ever get rid of, it’s more the aura about something in your life that tends to stay with you. Is Terminator 2: Judgement Day a great film? Absolutely. It’s one of those that I’ll remember simply because I saw it in the summer of 1991, just a few months after graduating from high school. Movies have the ability to transport us back to a particular moment in time and, as such, have a sort of magical experience associated with them. I’ve no doubt that the time between high school and, for me, college, is a special time in one’s life. And that’s why, I think, films like Thelma & Louise and Terminator 2 I hold so near and dear.

Putting my personal memories aside, I’ll say that if you’ve not ever seen this film, it should be on your cinema bucket list. It was just that much ahead of its time. The original film, The Terminator, was as well but with this one – James Cameron pulled out all the stops. Even as of this writing more than 25 years later, the special effects still manage to blow me away.

If you need a plot, here you go. Seven years have passed since the first film ended. We find Sarah Connor (Linda Hamilton) locked away in a mental institution as her predictions about “Judgment Day” have a few folks worried. We meet the T-800 (Arnold Schwarzenegger) as he’s once again come back to the city of angels, only this time his mission is to protect John Connor (Edward Furlong). The problem, of course, is that a more advanced model has been sent to kill Connor, the T-1000 (Robert Patrick). The T-800 must find (and convince) Connor he’s there to protect him, break Sarah out of the institution and save the day – and the world all the while avoid being terminated by the T-1000. What could possibly go wrong?

People often ask me what my favorite films are and the top three haven’t changed much in the last few years. But I’m hard-pressed to find a reason why this film isn’t in my top five. I love it. I love everything about it. Evidently so too does James Cameron as 2017 saw the release of a 3D version (not included on this Ultra HD). This film has seen nearly every home video format imaginable and with good reason – it continually pushes the envelope with regard to what’s actually possible. This is what made the movie so unforgettable in the first place. Add to that, it made Arnold Schwarzenegger a household name and essentially cemented him as the marquee star for the next decade. It took a hell of a movie to eclipse the original, but this is one of the few that managed to do it. If ever there’s a movie that belongs in your collection, it’s this one.

If there’s one constant in the universe it’s that every time a new home video format is released, this movie will be among the first to be on it. It’s a fact. And this is good news if you’re a die hard fan of the Terminator movies. The film was released in a 3D version (not included in this set), but has also undergone a new digital restoration. When it comes to James Cameron and one of his films, you can bet that from a technical standpoint that it’ll be as best as it can be. And it is. The 2.40:1 HEVC 4K image is by far the best the film has ever looked and it easily competes with the better-looking modern day films. The film has a sheen that gives it a more modern look, the HDR add new depth and color dimension. You can see the leather texture on the jacket, the individual teeth in the zipper and the sheen on the actors’ foreheads. This just looks better in every single way. Viewers shouldn’t be surprised, of course, this disc was initially slated to be released earlier in the year, but was delayed. I could go on and on, but know that what you’re viewing is absolutely jaw-dropping.

In 2009, the “Skynet Edition” of this film hit Blu-ray complete with a new DTS HD Master Audio mix. I do believe that this is the same mix from that disc and if so, there’s not a lot to complain about despite the obvious lack of an Atmos or DTS X mix. That said, sonics are vastly improved and we get a more active, robust sound stage. Vocals are still strong as they were with previous editions but the sheer amount of action taking place in the surrounds is what really made the difference to me. Everything seems bumped up a notch or two and it really does heighten the movie-watching experience. For those that have been clamoring for an uncompressed audio track will be in heaven.

There has been a variety of supplemental content produced for the various versions of this film. I don’t think that this 4K version has it all, but what’s included is certainly nice.

The term “modern classic” should begin and end with this movie. I love it. I’ll always love it. Evidently so does James Cameron. This is, by far, the best the film has ever looked and though the disc was delayed, the real winner here is anyone who views this film. Cameron constantly pushes the boundaries of technology and, as a result, this movie will likely always be at the forefront of a new format. As I said above, this one should be on your shelf. 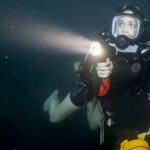 47 Meters Down (Blu-ray)
Next Article 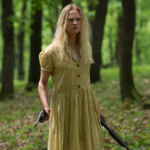