There are people in this world who, through hard work, luck or some other series of events have nothing to prove. I’m willing to bet that Clint Eastwood crossed that bridge about 50 years ago. The man has 4 Oscars to his credit, two of which are for Best Director and has nearly 50 movies as a director (more as an actor). As of this writing, he’s 87 years old and is still producing some amazing films. It wasn’t that long ago that American Sniper became his most financially successful film ever and Sully gave us one of Tom Hanks’ best performances (and that’s saying something). So when Eastwood took the help of The 15:17 to Paris and decided to use the actual participants as his leads…it was a bit of a head-scratcher. After all, this is Clint Eastwood we’re talking about. Surely he knows what he’s doing! Then again…

For those that don’t fully know the details of the events (and I was one until I watched the movie), there isn’t a whole lot of backstory. Like Sully, the ten minutes in which the true action happens is essentially what the movie is all about. We meet three young American friends, Spencer Stone, Alek Skarlatos and Anthony Sadler who are all playing themselves. There are some obligatory flashback scenes to establish the relationship between this trio, not really to add to the story but mainly to fill the time for when the real action occurs. Not everyone in the film is playing themselves, though. We do get appearances from some “genuine” actors like Jaleel White and Jenna Fischer. I’m being intentionally vague with the plot here as, well, if you’re somewhat familiar with the story then you’ll know what happens (or happened).

The 15:17 to Paris is a rare misfire for Eastwood which is a shame as with some experienced actors in the main three roles, I felt that it could have been up there with other “real life” experiences like Sully or United 93. But this is more of a gimmick that anything else and ultimately the movie pays the price for it. Critically panned, the film only managed to rake in $35 million at the box office, but considering the budget was $30 million – well…you do the math. I have to give Eastwood props for trying something new, but you wouldn’t put actors in combat situations, so why put three “average joe’s” in roles that could have gone to any number of talented folks? At the very least, it’s only 90 minutes so if you do want to wade through the first 80% of the film, admittedly the payoff might actually be worth it.

There are a lot of ways this film could be portrayed on the big (or small) screen. But it does look and feel like any other movie out there. The 2.40 AVC HD image is every bit as sharp and colorful as any other new to Blu-ray film out there. There are some deliberate scenes that are dark, somewhat “shadowy” (for lack of a better adjective), but by and large this left me with nothing to complain about. The scenes in the train definitely have a claustrophobic feel to them that do tend to heighten the mood. It’s a good-looking transfer as we’ve come to expect from Warner.

Some of Eastwood’s films, American Sniper comes to mind, have featured some pretty good soundtracks. The Dolby Atmos mix on this movie was a real treat and it does have a few moments where the speakers and atmospheric elements really do shine. Vocals are strong and centered, though the three main stars (with their lack of acting experience) do sound like they’re reading the lines off cue cards from time to time. This, I think, is what gave the movie a fairly unprofessional feel to it. Surrounds kick in at the right times, front stage is strong – this is a good-sounding Atmos mix, for sure.

The 15:17 to Paris isn’t as horrible as some make it out to be. I think the concern is that it could have been much better. Eastwood’s avant-garde approach to this film by using the actual participants left some folks wondering if it’d work (and if it had, I’d assume we’d see more films along those lines). But it didn’t. The Blu-ray offers a paltry selection of supplements, but the audio and video quality are top notch. 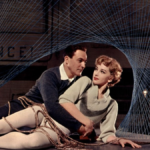 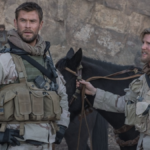