Arrow Video has always been an interesting label to follow. They find inspiration in the most unlikely of places. Japanese Yakuza Films? There is not a better distributor of these films in the States. Eighties horror? They are neck and neck with the amazing Shout!Factory line. Film noir? They put out almost as much as Warner Archive or Twilight Time. With their release of Chill Factor, the focus of the label is on early Nineties direct to video horror. Chill Factor was a low budget ($400,000) film that was made in Wisconsin as part of a series of films that were funded by Fangoria. It was directed by Christopher Webster who had served as an executive producer on two of the Hellraiser films. As I watched the film, I understood why this film was his only directorial credit. I should go ahead and say that this film is wildly incompetent and any entertainment value that someone will glean from the film will be based on watching how bizarre and unwieldy the film is. If you do not have a taste for bad films, there is no need to read any further because The Chill Factor is absolutely bad. That said, it is bad in such an entertaining way that I am sure some people will enjoy it.

As the film begins, our narrator Jeannie dates a younger college age boy named Tom. An African American girl named Lisa dates a football player named Ron.  Chris dates Karen, Tom’s sister. All six friends go up north to go snowmobiling (which they call sledding for some reason.) Arriving in town they encounter some racism at the local bar. After some drinks, a snowmobile race on black lake about thirty miles outside of town goes horribly wrong and Tom gets badly injured. Ron goes to look for shelter because Tom is in shock. He finds an abandoned camp called Camp San Dominic. Tom starts to regain conscience and Ron leaves to find help. The camp is creepy. The students find a note that tells them to “Keep the beast in the field.” Jeannie reveals that her mom used to tell fortunes. The group inadvertently plays with a ouija board to help pass the time before they are all rescued. This is a terrible idea and it is not long before one member is possessed, and the friends are stalked by a demonic presence.

The Chill Factor is an exercise in bad filmmaking. The plot is awkwardly constructed, the dialogue is stilted, the death scenes (aside from a scene involving an icicle to an eye) are lame, and the music is hilariously bad. The actors in the film give it their best shot but none of them made a name for themselves in this film. The original title for the film was Demon Possessed which accurately describes the last half of the film, whereas The Chill Factor describes the setting and fun sequences involving snowmobiles.

Here are the interesting and fun aspects of the film:

The Chill Factor is not a movie that people will find remotely scary or clever. This is a film that will only appeal to hardcore VHS enthusiasts. I would rank this as one of the lesser Arrow Video releases, but it still has a nostalgic quality and entertainment quality that is of note. My recommendation would definitely be to rent it before a purchase.

The Chill Factor snowmobiles onto Blu-ray with an AVC encoded 1080p transfer in 1.85:1 aspect ratio. The transfer comes from a new 2K scan of the best existing materials. The limitations of the budget become abundantly clear while watching the film and affect the lighting and the film stock. What this means is that this film which was clearly made for the direct to video market has never looked better than in this Blu-Ray presentation, but it is still worlds away from looking of the same quality as higher budgeted films. The film was not shot with much attention to the light meter it seems, so some scenes are very dark and some scenes are very bright. The color palette is pretty muted but some of the outdoor scenes on the snowmobile look pretty neat. Visually – the film fails to excite, but the transfer is faithful to revealing far more detail than has ever been possible on any prior release. Overall – this is a better than expected presentation of a film that was just not shot that well.

The Chill Factor has a decent sounding LPCM 2.0 Mono track. As you probably expect, the film is not incredibly immersive. That said, the film occasionally kicks it into overdrive with the sounds of snowmobiles and the absolutely ludicrous score. The score is one of the funniest I have had the pleasure of hearing. Dialogue is presented clearly and I did not detect many problems with the track in regards to hiss or pops. The track is pretty good overall.

The Chill Factor is one of the most misguided attempts at horror filmmaking that I have ever seen. This is a great example of a crew coming together and pouring their heart into a project that could never amount to much. Aside from some nostalgic value and unintended comedic value, the film is an unintelligent mess that will not scare any viewer. If you are dying to watch  a VHS era horror film from the early Nineties, this will scratch that itch. Otherwise, a rental is recommended prior to purchase. Arrow Video has supplied some great supplements and the transfer looks and sounds better than when it was first released. Fans of the film should be thrilled by Arrow’s efforts, but this film probably will not register on the radars of most collectors 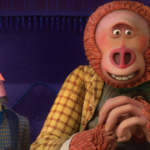 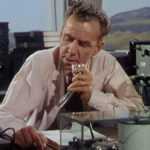