A couple years ago a small distribution label called Drafthouse Films released a small independent horror film called Spring. It was an interesting film, combining both Lovecraftian horror and Linklater style romance to make a film that is unique and unlike almost any other horror film that I have seen. I really enjoyed it. I enjoyed it enough to watch the first film by Justin Benson and Aaron Moorhead, Resolution. It was a solid debut – not perfect but the final third has plenty to hold your interest. Unfortunately, Drafthouse Films has already folded into another company after failing to gain enough of an audience, but Justin Benson and Aaron Moorhead have continued to work together to create another strange and interesting film. Well Go USA gained the rights to distribute The Endless, and I was excited to check it out.

The plot revolves around two brothers: Justin (Justin Benson) and Aaron (Aaron Moorhead.) The two brothers have escaped from a “UFO Death Cult” and have had trouble outside of their group developing relationships or finding any form of success in the world. In fact, they mainly live in squalor and eat ramen noodles. They had left the cult based on the stories that Justin told Aaron of castration and other worrisome behavior. When Aaron, the younger of the two brothers, receives a package in the mail that contains a small cam corner tape, he spends their last twenty dollars to buy a camcorder and watch the tape instead of replacing their car’s battery. On the tape he sees his old friend Anna (Callie Hernandez) talking about how they have already ascended and look forward to seeing them when they return. Aaron, homesick for good food and acceptance by others, convinces his brother to go back to the camp of the cult they abandoned and see everybody from their past for a day or two. His older brother reluctantly agrees and they head back. What they discover is that there may be more going on at their old camp than they had previously believed.

Having watched all three of their films, I was very glad to see them back in the universe of their first film Resolution. While Resolution is overall the weakest of their three films, it as some great ideas that deserved to be better fleshed out. The Endless is even better than their second feature Spring, which I thoroughly enjoyed. The ideas are stronger, the filmmaking more confident, and the pacing is better. I am happy to report that these filmmakers are getting better with each film that they have put out.

The Endless deserves a good viewing without the mechanics of the film being fully explained. While there are plenty of mysterious things to talk about in the film, the more obvious theme of the film is how brothers interact with one another. The relationship between the two lead characters is well fleshed out and leads to the audience rooting for them from early on. That’s a good thing, because the film is going to veer into several strange and exciting directions that succeed or fail largely based on how well you like the two lead characters. The supporting cast is good as well – Callie Hernandez and Tate Ellington both turn in performances that elevate the film with their approaches to their characters.

Like Spring, the film is well shot. The directors of the film also assist with the editing and visual effects. It is pretty damn impressive what they can achieve on a very narrow budget. I also was impressed with the great score by Jimmy Lavalle.

Overall, this film is a real winner. I feel like it might be my favorite Horror/Sci-Fi film that came out this last year. I am excited to see how these two young independent filmmakers are continuing to refine their skills and get better with each film. I highly recommend checking this one out (and it will be even better if you watch Resolution first.)

Filmed in 2.39:1 and given a MPEG-4 AVC transfer, this high definition presentation is essentially spotless. Digital film digitally transferred tends to have results like this, with fine detail never missing a beat. Well Go USA have done a great job on the transfer. The filmmakers have gotten even better since Spring, and while Spring has some beautiful imagery of Italy, this film feels more confidently shot. Fans of the film have nothing to fear here. It looks great.

The audio is presented in DTS-HD MA 5.1 surround. Like their movie Spring, the movie features an excellent synth score by musician and composer Jimmy Lavalle. Unlike Spring, there is a lot more going on here than dialogue especially in the final third. The surrounds are used effectively and the film really sounds excellent.

The Endless is a tremendous leap forward from two hard working independent filmmakers. Even better than their previous two films, I really enjoyed The Endless and can’t wait to talk to other people about their thoughts on it. I’m officially a fan of this film. Well Go USA have provided some solid special features but the best one is the Making Of feature which is very informative on the process they went through to make the film. I highly recommend checking this film out. 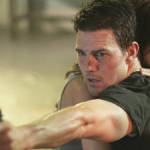 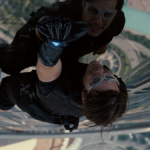