I was pleasantly surprised by just how much I enjoyed The Fanatic. John Travolta hardly has the star power he once did, but his performance here is largely what won me over. Here, he plays a man named Moose and seems to have a mild case of autism. He’s socially awkward and can’t sustain conversations for very long. We see that he’s a collector and has an opportunity to meet his celebrity idol, Hunter Dunbar (Devon Sawa). Unfortunately, his encounter with Hunter is met with a lukewarm response. Moose is in line to get his autograph, but Hunter is called to his ex-wife just as it’s Moose’s turn. With help from a friend, Moose obtains a map to celebrity houses and goes to Hunter’s neighborhood. Hunter sees Moose and approaches him and tells him to never come back. Of course Moose doesn’t listen and returns not long after. I will try not to reveal much more, but eventually Moose has another encounter with Hunter and this sets the rest of the film in place.

There have been similar films to this dealing with home invasions and what have you, but The Fanatic kept me with it. At no point does it become a great film, but it moves along nicely, and Travolta’s performance is what elevates the film. I was unsure just what to think of Moose. Obviously he’s a little nuts, but he is also bullied by some of the locals around town. On the side, he performs on the street, but to little success. Much to my surprise, the film was written and directed by Fred Durst of Limp Bizkit fame. Durst doesn’t try to dig too deep into why Moose is the way he is, instead he simply presents it and we can draw our own conclusions. The film had me up until the final moments as I feel the ending is a bit flawed, but it at least avoids becoming predictable. Ignore the bad reviews and give this one a chance.

Don’t adjust your television sets, folks. I mean it. That is John Travolta sporting perhaps the worst haircut in the history of cinema. That said, we get an AVC encoded 2.39:1 transfer that satisfies. The film isn’t overly flashy, but what’s presented works well enough. Details are solid and the transfer is clean and free of flaws. Background shots are strong and for a smaller film of this sort, it works quite well.

In the days of Dolby Atmos, DTS: X and amazingly robust DTS HD Master Audio soundtracks, we’re only given a Dolby Digital 5.1 track, but that’s fine as the vocals are clear and it keeps us involved. City noise and background details enhance things, but this is a more scaled back type of film. Still, like the transfer, this proves satisfying.

The Fanatic surprised me and maintained my interest. At no point does this become a great film, but the plot is simply and the pacing good to keep us with it. Travolta’s performance is a large part of what works so well here. Rent it. 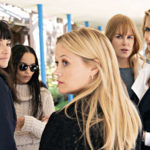 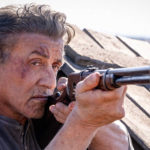