It often happens that I often run out of films to add to my viewing list, or hit something of a dry spell. Sometimes this can work in my favor in that certain films I didn’t want to bother with actually turn out to be pretty good. Sadly, in the case of The Hurricane Heist it really is something of a dud. Directed by Rob Cohen (Stealth, XXX, The Fast and the Furious) it came in and out of theaters almost as quickly as a hurricane itself. To be fair, the film never pretends to be something it’s not, but even that self-awareness can’t quite salvage it.

We begin in Alabama in 1992 where two brothers: Will and Breeze Rutledge, are evacuating from a category 5 Hurricane Andrew. Unfortunately their dad doesn’t make it. We then cut to present day where another Hurricane (Tammy) is approaching. The town is being forced to evacuate and this is when rogue Treasury agents infiltrate a facility and hold it hostage. The plan is to rob some $600 million. The two brothers featured in the opening scene are now a meteorologist and a handyman. They both end up getting involved in the middle of not just the hurricane, but also the robbers. There are about a half dozen more characters we follow, but really it’s the effects that take center stage here. And they are indeed captivating, but only to an extent. While not an overly long film, Heist can’t help but wear out its welcome long before the closing credits. Cohen has been a spotty director to me, but I have enjoyed some of his films. Taken as something of a guilty pleasure, I did enjoy the original Fast and Furious film. Again, it’s not an Oscar worthy film, but I cared about the characters to some extent. I won’t say the characters here are unlikeable, but I hardly cared about the outcome. There are some engaging moments, but this one started to bore me long before it was over. If you’re seeking out an exciting film of this sort, watch Twister instead.

We do get a strong transfer at least. The CGI is solid and details are close to perfect. The print is pristine with little issues or flaws detected. It certainly has a darker palette than a lot of more recent, colorful films I’ve seen, but it’s presented nicely here. There are some nice shots to show off your system for sure. The image is AVC encoded with a 2.39:1 ratio.

We can choose between a Dolby Atmos track and TrueHD one. Whichever you choose, you’ll be engaged as the tracks both really involve us. I sampled both and arguably it sounds as good as it did in theaters, but it also depends on your system as well. Vocals were fine, but the effects are what drive it home.

There are some nifty effects in this film, but everything else is pretty lousy. It doesn’t take itself too seriously, which is nice, but it still can barely cross the finish line. I was just ready for the thing to be over. The film is lame, but the interview with Rob Cohen on this disc is well worth checking out. 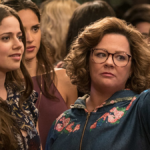 Life of the Party (Blu-ray)
Next Article 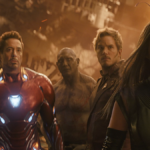