A few years ago Criterion Collection released the Val Lewton produced Jacques Tourneur directed film Cat People. For fans of Val Lewton’s amazing run at RKO Pictures, this was excellent news. I thought it was fairly obvious that Criterion would release the other Val Lewton titles such as Curse of the Cat People and The Leopard Man, maybe even a box set, but then…radio silence. Criterion did not release another title from the Val Lewton RKO pictures. Thankfully Shout!Factory heard the clarion call of fans and has begun releasing these wonderful films through their Scream Factory line. Their most recent release is the Jacques Tourneur directed The Leopard Man. Over the weekend I watched the film.

In New Mexico, a starlet named Kiki Walker (Jean Brooks) is convinced by her manager Jerry Manning (Dennis O’Keefe) to walk out in front of a crowd with a leopard on a string as a publicity stunt. This will allow Kiki to upstage a Latin dancer named Clo-Clo (Margo.) Kiki overcomes her worries and makes her grand entrance with the leopard as Clo-Clo dances. Upstaged, Clo-Clo approaches Kiki and intentionally disturbs the leopard. The leopard escapes . The family which owns the leopard is dismayed to lose their source of income. Meanwhile, a young Spanish girl is sent to purchase some cornmeal for her mother and is told she will not be let in without the cornmeal. After purchasing the cornmeal she begins to return to her house when she stumbles upon the leopard. Running home, she beats on the door of the house but her mother, misunderstanding the danger her daughter was in, refused to open the door. The girl is killed. Kiki and Jerry attend the funeral, feeling the guilt of responsibility. Their friend Mr. Galbraith comes with Jerry for support. Jerry wants to help find the leopard. When a young girl visits a cemetery and gets locked in, she calls for help. The next morning she is found dead and the authorities assume that it was the leopard due to the severity of the crime. Viewing the crime scene, Jerry believes that the crime was not committed by the leopard but by a vicious killer.

The Leopard Man, like all of the Val Lewton pictures, is worlds better than the title would suggest. Lewton was incredibly adept at turning B-movies into artistic triumphs and his films he produced that were directed by Jacques Tourneur are some of his very best. Based on a Cornell Woolrich novel named Black Alibi, The Leopard Man was a fairly faithful adaptation by Ardel Wray with additional dialogue by Edward Dein. The film shortened the amount of murders and changed the ending and some relationships from the book. What is great about the film is how they take a decent premise and turn it into an exercise in terror and suspense. The scene in which the girl walks home with the cornmeal and meets her demise is one of the most perfectly achieved and terrible murders put on screen. Sometimes less is more, and the pool of blood seeping under the door and hearing the attack is far more effective than if the filmmakers had recreated the attack on screen. This scene is far more effective than any murder scene I have watched this year that I can recall.

The introduction of tarot cards in the script allows the film to take on a sort of supernatural viewpoint of the proceedings. The viewer feels that those who are singled out to die are meeting some predetermined fate. It is these types of little details that could be so cliche in the hands of another director that, under the skillful eye of Jacques Tourneur, feel just right. He would go on to direct one of the greatest noir films of all time – Out of the Past – but this film is one of the better thrillers from that era. The acting in the film is never too over the top and the film is incredibly effective. It makes you feel so much more than a “b-movie” named The Leopard Man should be able to make you feel. If you see the movie, you will get what I mean. This one comes highly recommended.

The Leopard Man leaps into the 21st century with an amazing new transfer. Shout!Factory has done an exceptional job on the restoration of the film in 1080p in 1.37:1 aspect ratio. The new 4K scan of the film’s original camera negative looks superb. Fine detail is excellent. Contrast levels are attractive. The print seems to have been well maintained over the years. A very fine level of grain is present but is never distracting. The work put into this release is impressive because even the specking is not pervasive. If I was to knock the transfer at all it would be to say that a couple scenes are a bit on the dark side, but I believe that to be true to the source and not a decision from when the film was restored. Fans are going to be floored by how great everything looks.

Shout!Factory have provided a nice DTS-HD MA Mono track. The dialogue is clear and and the only hiss I heard was from the leopard in the film. The score by Roy Webb is effective. This is not a particularly immersive track, but they have done a solid job on the mixing. Fans will be pleased.

The Leopard Man is one of the best films from Val Lewton’s incredible RKO period. Directed by the virtuosic Jacques Tourneur, the film is a thriller that has a conscience and a great sense of style. The film has one of the most effective death scenes ever put to celluloid. We should all be thankful that Shout!Factory has provided an excellent new 4K scan and two fantastic audio commentaries for the film. Fans will be overjoyed to own it on Blu-ray but newcomers should have no fear picking this one up as a blind buy. Highly recommended. 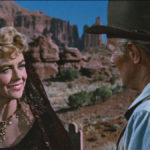 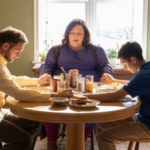