Films come and go, but it’s only the crème de la crème that manage to win Best Picture. That’s not to say that every film that wins the coveted Oscar is actually the best film of the year. There have been tons of films that haven’t won but as time goes on, they get better with age. That said, Guillermo Del Toro has been making his own brand of films for quite a while now and it was only a matter of time before one of them won the race. Was it the best film of 2017 – that’s up to you. According to the Academy, it was. Hollywood has always had a fascination with monsters and their “damsels in distress” (for lack of a better term), so if the thought of a amphibian dancing with a mute woman isn’t your cup of tea, well you should probably stop reading right now.

Set in the early 60’s, 1962 to be exact, we meet Elisa (Sally Hawkins), a mute woman who lives with her friend Giles (Richard Jenkins). Giles, a homosexual, obsesses over the server at a local diner and Elisa works as a. housekeeper at a government research facility. It so happens that a strange aquatic creature (Doug Jones) is brought in for “containment” and agent in charge Strickland (Michael Shannon) advises them to keep their distance. Elisa, however, forms a strange bond with the creature and, well, things ensue…

I remember a movie with Denzel Washington, The Bone Collector if memory serves, in which he played a paraplegic who could only speak. He still managed to give a great performance. I mention this since Sally Hawkins plays a mute in the film. You don’t need to make big movements or even speak lines to deliver an the goods. Hawkins is perhaps one of the most underrated actresses working today and if you’ve not caught her in Woody Allen’s Blue Jasmine, go check that out. She’s equally as good there as she is here. As it stands, The Shape of Water will not be for everyone. But it you can accept it for what it is, I think you’ll enjoy it as much as the Academy.

The film has been brought to 4K by Fox who is hoping that the appeal and allure of the movie might tempt you to fork over a few more bucks. Truthfully, the only reason to purchase the 4K version is to take advantage of the increased resolution and color depth (and that’s a pretty good reason, actually). The 1.85:1 HEVC 4K image does have a bit of an edge on its Blu-ray counterpart. Detail is increased a bit, but it’s the colors that are really noticeable. Greenish and bluish hues work with one another to create a very etherial and dream-like state. The interior shots retain their more earthy color palette. It’s an interesting-looking film, for sure, but by no means does the Blu-ray look bad.

As mentioned above, the only real differentiator between the Blu-ray and the Ultra HD version is the picture. The 4K version spots the same, yes, the same DTS HD Master Audio track found on the Blu-ray. That’s not an entirely bad thing, but when you’re ponying up 20% more for a disc, you’d generally want to get the best sound available. Other studios will include a Dolby Atmos or a DTS X track with their 4K releases. Whining aside, this is a good-sounding track with plenty of ambiance. Dialog isn’t at the forefront of this title like with most, and those who have seen it will know why. Still, it provides a good soundstage that viewers won’t have a problem with.

And, so, when 2017 came to a close, this one was chosen as the best film of the year. Some might disagree, but it’s unique to say the very least. Guillermo Del Toro has been making some offbeat films for years and with The Shape of Water he hit the nail on the head. It’s not for everyone, but I feel it’s one of the more recent Best Picture films that harkens back to the Golden Age of Hollywood. Fox’s Ultra HD disc is a bit lacking (no supplements and the same sound mix as the Blu-ray), but there is a bit of an uptick in picture quality. 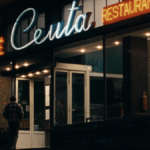 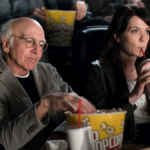