I’ve only excelled at two video games in my entire life: NHL ’94 for the SNES and any of the Tiger Woods golf games for the PS3. Yep, that’s it. That’s not to say that I’m bad at others, I can button mash with the best of them, but I’ve just never really been much of a gamer. Then again I’m sure I’m in the minority. I have, however, heard of the Uncharted game series with its titular star – Nathan Drake. And I suppose it was only a matter of time before some more video games make the leap to the big screen. This is nothing new, of course, we’ve had several video games turned movies with varying degrees of success. However the timing on this one was about as perfect as it could be. Coming off Spider-Man: No Way Home, Tom Holland once again headlines this film. And hot on the heels of his MCU efforts certainly couldn’t hurt. But, this isn’t the MCU. Can Holland work his magic as Nathan Drake or should he stick to web slinging?

Nathan Drake (Tom Holland) is a bartender in New York City. He’s also a petty thief. He gets a surprise visit from Victor Sullivan (Mark Wahlberg), a “professional” treasure hunter who claims to have known Nathan’s brother. Victor claims that the two were close to finding a stash of gold, potentially worth billions of dollars, that was lost by Magellan (yes, that one) nearly 500 years earlier. Victor wants Nathan to help him finish what they started, though doing this will require stopping Santiago Moncada (Antonio Banderas), a wealthy businessman looking for the same treasure. Of course, there has to be a woman in the mix and the duo meet up with Chloe Fraser (Sophia Ali), another person in search of the treasure who may or may not be trusted.

If movies like Raiders of the Lost Ark, The DaVinci Code or National Treasure (a personal favorite of mine) are up your alley, then you’ll have a good time with Uncharted. I’ve always been curious what hidden treasures are out there just waiting for some key or other object to unlock the goods of the past. And this is where the film excels. If you can put aside most of the logic and have a good time with it, you will. But consider that this is based on a video game and you’ll have to get past the fact that neither Tom Holland nor Mark Wahlberg look a damn thing like their 64 bit counterparts. The only person who really seems to relish his role is Banderas and he doesn’t get enough screen time to make it worthwhile. You’ll know what you’re in for very quickly, so either go with it and have a good time or get ready to check your watch for the next 116 minutes.

As anyone would expect, Uncharted certainly sparkles when it comes to how it’s presented on screen. The 2.39:1 AVC HD encode checks all the boxes with amazing contrast, sharp as a tack detail and a wonderful, yet earthy-toned, color palette. The 4K version, no doubt, looks a bit better with a wider color spectrum and the like. Still, it’s hard to fault the way this Blu-ray looks. I found really no evidence of anything I’d consider a flaw. And why should we? Sony consistently puts out some of the best-looking titles I’ve seen. This is no exception.

It’s a bit of a shame when you have to pony up for the 4K disc to get a Dolby Atmos soundtrack. Well, you do. But that’s not to say that the included DTS HD Master Audio mix found on this Blu-ray is by any means bad. It’s not. In fact, I was pretty impressed. Given the genre of the film we can expect an active mix with surrounds adding a warm layer of ambiance through most of the scenes. Some scenes (the airplane one in particular) do engage all of your speakers resulting in a very aggressive and dynamic aural experience. Vocals, of course, are top notch.

Technically there’s nothing “wrong” with Uncharted. It delivers some moderately-entertaining action sequences and for those that like the globe-hopping type of adventure, we’ve got plenty of that. It just seems like so many other films that the video game aspect of it gets lost. Truthfully, it’s probably more fun to simply play the game than watch the film. That said, Sony’s disc looks and sounds good and we’ve got a modest sampling of supplements. So if this is your thing, you could do a lot worse. 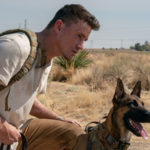 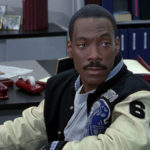