When it comes to Nicholas Cage movies (or, as he’s credited here, Nicolas Cage) they’re all over the map. Cage epitomizes the “eccentric actor” if there ever was one. But that’s also part of what’s made his career and some of the roles he’s played so memorable. The 80’s saw him in a variety of roles, though the most noteworthy of these would be Moonstruck, Valley Girl and Raising Arizona. When I was watching The Unbearable Weight of Massive Talent, I was trying to put together the “other” Nicholas Cage who appeared in a few scenes. As it turns out, it was the character from this film – Peter Loew. And a quick scan though my “new” pile showed that I had, indeed, received this from MVD. Whoops. More importantly, it’s a movie I’d never seen. How does this happen? Suffice it to say it’s become one of my instant favorite Nicholas Cage films. Here’s why…

Cage plays a publishing executive, Peter Loew. He seems bored with his job and his only outlet for his hostility is to harass his secretary, Alva (Maria Conchita Alonso). Peter is a player and the epitome of the late 80’s “yuppie.” His on again/off again girlfriend, Jackie (Kasi Lemmons) seems fed up with his antics. It’s not until that Peter meets Rachel (Jennifer Beals) that things change. She bites him and the morning after, Peter believes he’s been turned into a vampire. He now roams the streets of New York City looking for “fresh meat” and dons a pair of white, plastic fangs to complete this look (and his descent into madness).

There’s a little more to it than that, but the general plot takes a backseat to Cage’s performance. Taking some obvious cues from the likes of Nosferatu and Bela Lugosi’s Dracula, it’s a treat to watch Cage go as over-the-top as he can. Christian Bale based his performance of Patrick Bateman in American Psycho off of Cage’s character. And, looking back, the two films actually have a lot in common (I won’t spoilt it, of course). The part was originally supposed to go to Judd Nelson, but after he backed out, Cage was back in. And, truthfully, it’s hard to envision anyone else in this role. The sheer versatility is on full display here. I can’t believe I’ve let this one slip through the cracks as long as I have, but this is a new cult classic for me.

When watching the opening sequence featuring some stock footage of New York City, I was pretty let down. Grain everywhere, dust on the print – you name it. Thankfully that changed when the actual movie got going and what we’re left with looks good, but not downright amazing. Then again I wasn’t expecting it to look amazing. The color palette is intentionally muted, grey’s and blacks abound (let’s not forget this was the late 80’s and everything was corporate), though detail looks fairly good. When looking at Cage “transform” into a vampire, picture quality is of the utmost importance, no? Black levels seem, by and large, consistent, though a bit of shimmering in a few scenes and bits and pieces here and there somewhat detract from what’s otherwise a great-looking picture.

Don’t expect an audio powerhouse with this one. What we’re presented with is an LPCM 2.0 mix that’s essentially a stereo mix. And, for the most part, it sounds fine. Cage’s character has some great one-liners in this film and they all sounded great! His pseudo mid-Atlantic accent is on full display during the first portion of the movie. There aren’t really any surround sounds to speak of, rather the mix is a bit harsh at times, though nothing I’d call distracting. It suits the film and the period just fine – no complaints here.

In more recent years Nicholas Cage has been known for some of his more creative choices as an actor. But looking back at his cimeatic history, he’s always been somewhat on the edge. This film gave him the opportunity to knock it out of the park and I think he did. This is a great, hilarious movie with Cage at his over-the-top finest. This replaces the old double feature with this and High Spirits and it carries over the same supplements. 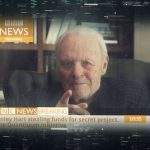 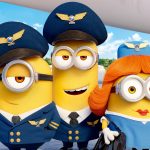