I’m quite certain I’ve said this before, but running this web site is a double-edged sword. On one hand, I get tons of movies (for free), but I also have to watch some that I really have no interest in seeing. And that takes up a lot of my free time. But, on occasion, there are films that I see that I know I’d never think to watch if I was surfing around. I’m sure you might have guessed that one of those titles is Why Don’t You Just Die! The name alone got my attention. And, having nothing too terribly pressing in my “to be reviewed” pile, I figured I’d pop this Arrow disc in the player and see what was what. It’s Russian. I had no idea. Nevertheless, within a few minutes I was caught up in the action and immediately reminded of the films of Guy Ritchie and Quentin Tarantino. Hell, look at the font on the slipcase – it’s reminiscent of Pulp Fiction, how could one resist?

We meet Matvey (Aleksandr Kuznetsov) as he and his girlfriend, Olya (Evgeniya Kregzhde) are hashing out a plan. He’s to go to Olya’s parents’ house and kill them. Armed with a hammer, yes a hammer, Matvey quickly learns that this is easier said than done. Matters become immediately complicated when Andrey (Vitaliy Khaev), a well-connected policeman, senses something is awry and locks Matvey up in the bathroom. To further complicate things Olya’s mother, Tasha (Elena Shevchenko) was thought to be out of town, but shows up at the wrong place (home) and the wrong time. That’s the nuts and bolts of what happens, but we do learn about the main characters through a series of flashbacks that sheds some light on the respective quartet.

The film takes place in the confines of an apartment which might not sound like much, but suffice it to say – it works. The movie is violent, but in a cartoonish sort of way. Think of the scene in Kill Bill Vol. 1 where “The Bride” kills the Crazy 88’s. Blood comes out of their bodies like fountains of red. It’s the same here as well. If anything it’s more humorous than grotesque. That’s not to say it won’t churn the stomach. I’ve never seen a movie where someone takes a drill to someone else’s leg, so if that’s not your thing – don’t watch. More than anything, I was entertained with this one. I can’t explain it. But it worked and it worked well for me. I won’t say that I’ll become a devout follower of Russian cinema, but I’m looking forward to director Kirill Sokolov’s next project, that’s for sure.

The included 2.39:1 AVC HD encode looks surprisingly good. I guess it’s the cynic in me that thinks everything in Russia is dull and drab and without any semblance of color. Yes, that’s a bad stereotype to have – sorry. That said, I found this transfer to be exceptional. It’s brimming with color, mainly red (for obvious reasons), and even the somewhat “dated” apartment looks vibrant.  Detail is tack sharp, contrast is strong and black levels are spot on. It’s a good-looking transfer from Arrow, who rarely steers us wrong in the video department.

I’ve reviewed a lot of films, but I don’t think any have had a Russian DTS HD Master Audio mix. Granted, that’s a bit misleading, as the mix itself is just fine with loud, booming surround effects, LFE that make the room shake (shotgun blast, anyone?) and a front-heavy mix that keeps the action flowing like blood.  I don’t really mind reading the subtitles, but for some it’s a turnoff. Still, it’s a relatively new film that has a mix that’ll keep the speakers and your head, busy.

This one took me off guard. It’s amazing what a title can do for one’s interest. Or maybe it was the mood I was in. I’ll have to rethink (or think) about Russian cinema from this point forward. I doubt that all the films are like this, but if they are then I’ve got a lot of catching up to do. Arrow’s disc has enough supplements to warrant a purchase and this one was a joy to watch! 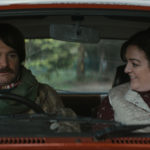 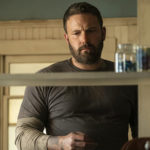