xXx was successful because it knew the audience that it was playing to. Vin Diesel, at the time, was only starting to cement his reputation as a major player in Hollywood. As far as the movie goes, well, it’s predictable; the “bad guys” are the Czech Republic and it seems that the formula for an action movie that hit with Die Hard is still in place (bad guy with a bomb, will blow up world unless demands are met). Still, we know this just as we know that James Bond will remain unscathed at the end of every movie. While the film won’t win any awards, it knows the right audience to play to and that, in itself, might make for a more interesting watch. If The Fast and the Furious was your cup of tea, this will be as well.

I have to say that it’s been a while, a long while, since this movie graced my television screen and that my screen has grown in both size and clarity since then. But Sony and their marketing team has deemed that we get a 15th Anniversary edition of this on Blu-ray and I was fairly excited to see how this looked. The film has been given a new 4K restoration and the difference is immediately noticeable. The colors seem to have a bit more depth, detail has been improved and black levels and contrast seem stronger. It has a more “film like” look to it. That said, I still noticed a few blips and errors along the way. The print used is arguably cleaner, but some of the exterior shots seem a bit dingy to me. An overall improvement, to be sure, but it’s not perfect.

We get a DTS HD Master Audio soundtrack that’s a big improvement over the standard Dolby Digital one found on the DVD.  It seems that in almost every scene things tend to blow up. Fire is everywhere, and fire is one of the better sounds with this uncompressed mix. There are several examples of the 360 surround effect, literally traveling around all 5 channels that make you dizzy if you try and follow it. Bullets whiz from the front channels to the surrounds, and several car and train scenes make very good use of the front left and right channels. This ample and active mix doesn’t feel 15 years old, that’s for sure.

There had to be at least one new feature on this Anniversary Edition or else, why bother? Well that’s what we get as the remainder of the features are ported over from the previously-released DVD from years past.

New to this Blu-ray 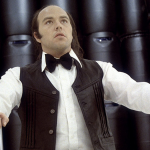 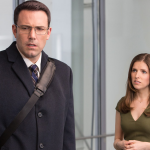