It’s 1979 and at United Artists the lineup for filming and release included James Bond going into outer space, the continuing story of one Rocky Balboa and an epic called Heaven’s Gate, In between those came a film that put a well known comic actor in the most challenging role of his life that was lobbied for many years and when it was let loose onto the public, it showed a different side and handed two actors their last great performances (unless you count the 1980s short lived revival of Fu Manchu). Peter Sellers puts his Inspector Clouseau persona aside for the role of a man who likes to watch. This is Being There.

Chance (Peter Sellers) is a simple gardener for a rich man whose life is lived all on the television. When the rich man dies, the gardener finds himself without a home and wandering about leading him to Washington D.C.. As he’s watching his favorite thing, a car hits him and a wealthy lady (Shirley MacLaine) takes Chance in and when asking his name, talking with his mouthful, he spoke “Chauncey Gardener”. With a new name and a new place of recovery, he comes across an elderly businessman (Melvyn Douglas) and with his limited knowledge his knowledge of the tube comes across as a fresh perspective for many around him.

This is not a film that’s anywhere along the lines of Sellers’ previous works. There’s no slapstick and no sight gags and no battles with assistant Kato, but it does have a calm and a quirky sense that lets the film flow at a sometimes casual pace but it is needed for material like this and Sellers is more than up to the task as he is a man with a case of mistaken identity and wisdom but one through the circumstances of his name, he finds a way for his story to continue with all the pitfalls that many go through in life, he has a way of walking through them ever so calmly.

The path that Being There takes is a unique one and makes great use of Deodato’s version of the theme from 2001 (even if it’s a nice tip of the hat to one of Sellers’ early collaborators) and much of that is also credited to director Hal Ashby whose take on odd premises have turned into some satisfying films whether its a kid falling for a senior citizen or the whimsical tale such as this, his mark is put on and it’s had some breathing room to stand the test of time.

While much of the stuff can be given away from this film, a few other Academy Award nominated films owes a debt of gratitude to this film for they took a similar path of a person raised to heights under unusual unexpected circumstances. Nevertheless, Being There is one worth witnessing while its playing in front of you and there’s a lot to love about it even though most short attention spanned viewers might be turned off but this is one television that is worth turning on.

Being There is presented in a 1.85:1 AVC HD transfer that’s a result of Criterion’s new 4K scan of the negative.  Even though Ashby was never known as a widescreen Panavision filmmaker, he makes great use of his camera and for a film released in 1979, the picture quality is surprisingly good with very little hints of specks or debris or print flaws. In contrast to Warner’s 2009 release of the film, this has a little more “breathing room” with its correct 1.85:1 aspect ratio (Warner’s Blu-ray had cropped it a bit at 1.78:1). The movie is a bit bland at first glance, but this new restoration really does show off some of the richer blacks. Colors pop a bit more and even the greyish sky and 70’s wardrobes seem to have a bit more life. It goes without saying that this is the best the film has ever looked and another jewel in the crown of Criterion.

The LPCM Mono track does the best that it can with its own audio limitations. Other than the occasional use of score and the aforementioned seventies reimagining of the 2001 theme, this relies heavily on dialogue and it comes out clearly but with that slight bit of muteness so the channels on the outside and center are not tested to the challenge but at least everything can be heard no matter how little or minimal. With only one channel, it’s not going to be reference material, but I was pleasantly surprised with what I heard. You will be too.

Sadly there’s a generation, maybe two, that don’t know who Peter Sellers was. If the term “comic genius” was in the dictionary, there would be a picture of Sellers. Take an afternoon and watch Dr. Strangelove, The Pink Panther and Being There to get just a small sampling of the range of talent this man had. As per usual, Criterion’s release of Being There is top notch and deserves a spot on every shelf. 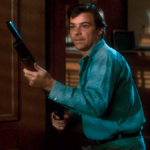 Assault on Precinct 13 (Blu-ray)
Next Article 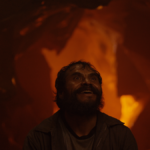