Brief Encounter was the final collaboration between director David Lean and playwright Noel Coward based on Coward’s play Still Life. The two men had done three films prior to making Brief Encounter, and it was their most successful and enduring collaboration. Coward at the time was one of the most famous playwrights in the world, and Lean had not yet proven himself to be anything but a successful adapter of Coward’s work. After this film David Lean went on to direct works by Dickens, Doctor Zhivago, Lawrence of Arabia, and The Bridge Over The River Kwai (my personal favorite of his works.) Coward went on to have somewhat diminishing returns. The movie is widely considered a masterpiece of romantic cinema.

The plot of the film revolves around the chance meeting in a train station of Laura Jesson (Celia Johnson) and Dr. Alec Garvey (Trevor Howard.) Laura accidentally gets some dirt blown into her eye by a passing train and the kind doctor checks her eye out. This leads to a brief flirtation. The next week they have an extended conversation that leads to dining together and catching a film at the theatre. This is problematic because both parties are married. The film follows the relationship to its inevitable conclusion as told completely in flashback with Laura narrating her inner monologue.

Brief Encounter is an exercise in simplicity executed correctly. The overall plot can be summed up in a sentence: two people have an affair. What makes the film a great film is the attention to detail by all involved. Coward’s dialogue is sharp and convincing. Nobody seems to say anything that rings as untrue or out of character. Lean extracted excellent performances from his two lead actors. Celia Johnson acted with great subtlety and was perfectly cast as Laura. Trevor Howard was very charming in the film as the doctor that initiates the affair. The musical cues are very strong, with lushly orchestrated classical music. David Lean shot the film in Black and White. Whether it is the steam rising off passing trains or a rainy London street with a park bench, the film really pops visually.

Brief Encounter is a film that demands that the audience just let itself be taken in by the romanticism presented. The movie borders on melodrama and opens itself up to parody with the inner monologue being presented in narration, but somehow it works. In lesser hands I think this could have been a cringe worthy experience, but in the capable hands of Lean and Coward it finds a way of really grabbing you. The last thirty minutes of the film in particular are excellent with very strong pacing. I definitely recommend checking this film out if you aren’t afraid to watch something a bit romantic.

Criterion did an excellent job on the transfer with help from the British Film Institute and The David Lean Foundation. The movie looks very good although some softness crops up occasionally in the backgrounds. Depth is good and detailing on objects in the center of the frame is excellent. This film looks very good on Blu-ray overall and will be the definitive presentation unless they do a 4K transfer at some point in the future.

This audio track is very good for a film of its age. Audio plays an extremely important role in the film with the mixing of train noises, narration, and classical music. Hearing the track you can only think of what Lean would have done with it using modern surround technology. Criterion have done an excellent job of presenting the track with very little hiss and reliable clarity. That said, the British way of speaking can sometimes be a bit hard to take in without the subtitles!

Brief Encounter is a really well made film. It holds up incredibly well and at 88 minutes is one of the better paced romantic films I have seen. If you like the film, this is the version to own. Criterion continue to impress with excellent supplements that enhance the film including a fascinating documentary on David Lean. 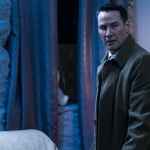 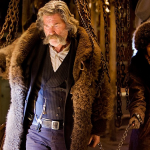