Downhill Racer came out in the last year of a tumultuous decade for America. It was 1969 – the year best known for a stabbing at a Rolling Stones concert, the continuation and escalation of the Vietnam war, and Richard Nixon beginning his controversial presidency. Redford would star in another film that would be a smash success that year, Butch Cassidy and the Sundance Kid. Downhill Racer was quickly put onto the screens and went away quickly. It did not make any money and was considered a flop, but it’s production cost was less than two million dollars and it went on to have a bit of a cult following.

The film begins with an Olympic skier for the American Alpine Racng team smashing his leg in a ski accident. A helicopter transports him off the mountain and his coach, Eugene Claire (Gene Hackman,) is forced to phone in another skier, David Chapellet (Robert Redford.) Chapellet is handsome and talented on the slopes, especially the downhill race, but he is also brash, cocky, and inarticulate. As his star rises he has rifts with his coach and with the former star of the team, Johnny Creech (Jim McMullan.) While training for the Olympic gold in scenic mountain towns in Switzerland, Chapellet meets and falls for a beautiful and beguiling Swiss blonde played by the Camilla Sparv.

Downhill Racer is an interesting film for two reasons. The first reason is that the screenplay was penned by James Salter, the acclaimed novelist who had written the seminal novel A Sport and a Pastime, which left an indelible mark on me after I read it (even though passages of the book read like a copy of Penthouse Forum.) The other reason that this film is of note is that this film existed as a scheme for Bob Evans, head of Paramount at the time, to keep Redford away from The Graduate. In Evan’s memoir The Kid Stays in the Picture he detailed how Redford wanted to star as Benjamin Braddock and how he and Charlie Bluhdorn steered Redford towards developing a project with Polanski. That project became Downhill Racer, and then Polanski was stolen away for Rosemary’s Baby, which Redford was originally considered for John Cassavetes’ role in that film.

Downhill Racer is a fairly minor film in Redford’s canon. I much prefer his next collaboration with director Michael Ritchie on the film The Candidate, one of the finest political films ever made in my opinion. But, to call this a minor film in his canon just shows how good Redford’s canon truly is. Overall, Downhill Racer is a solid three star film, maybe even three and a half stars. The direction by Michael Ritchie is in most of the film fantastic, with interesting shot choices, angles, and points of view (including some very cool shots from the first person well before GoPro made us numb.) that said, occasionally Ritchie will have a false note in the editing room with a few shots so obviously sped up that they take the viewer away from the verite quality in the scenes that precede and follow it. Redford is great in the film, but he looks every bit of the thirty two years old he was when the film was made. Hackman is great as per usual. Overall, I enjoyed it a lot and will watch it again in the future.

This is a very solid outing by Criterion. They have done a great job of cobbling together solid source elements for the low budget film. For the most part the film  looks amazing, with truly beautiful views of the Swiss alps. My wife and I were feeling jealous of the view in every frame of the film. That said, there is an inherent softness to certain shots in the film, some intentional, some not. The worst cases of softness and grain come in some of the skiing footage and some of the stock footage used during the Olympics. Overall, this is a minor quibbling point, but the film looks very much of its age and very handsome regardless.

Similar to the video, this LPCM Mono track is very high quality. There is nothing bad to report whatsoever in this department although dynamic range is limited, because the film was originally recorded in Mono. Dialogue is incredibly clear and crisp. The music in the film sounds great and the lossless track opens up the soundtrack a bit. I did not notice any pops or hiss or distortion. My biggest squabble with this soundtrack is not in the reproduction, but with the original sound design. The film uses jump cuts, so occasionally the audio I’ll go from very low volume (characters literally whispering) to very high volume (crowds gathering for the big event.) This always pisses me off and loses them a point in my book.

Downhill Racer is a good movie with plenty to enjoy. Criterion have provided a beautiful video transfer and left the original ja here fly flawed sound design. The supplemental features include an awesome interview with Redford and Salter that stood out as one of the better supplements from Criterion’s disks to me. At the end of the day, if you are a fan of the film, this edition is great. If you are on the fence, I think you should feel pretty safe purchasing this one. Now, hurry up Criterion and give us The Candidate on Blu-ray! 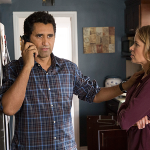 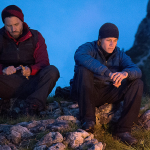