Every Man For Himself was Godard’s supposed second beginning as a director. I had read some positive things about the film so I went ahead and picked up the Criterion Blu-ray. I am not going to pretend to be the biggest fan of Godard. There are the couple very good films (Breathless, Contempt,) the decent films (Vivre Sa Vie, Weekend,) and the not so great failed experiments (2 or 3 Things I Know About Her.) At the end of the day, even his failures tend to have the ability to keep my attention until the end. That said, in my humble opinion, he is the most overrated director out of the entire crop of new wave directors. Truffaut and Melville are much better film makers, and all of the Italians are much better. I’m getting it out of my system now. Godard can be a bit pretentious. I like some of the things he does, and I really appreciate what some of his experiments have brought to cinema, but this film would definitely be relegated to the dust bin of his failed experiments.

The film does not have much in the way of a plot. There is a television director, Paul Godard, who is estranged from his daughter and wife and is dating Denise, a film editor. Denise and the film director are at the turning point in their relationship and she wants to move away to the country. Isabelle is a call girl also sleeping with Godard. While looking for an apartment she becomes friends with Denise.

The rest of the film is seemingly random bits of their life, but nothing in the film quite works. All of the dialogue is meant to titilate but instead it just made me feel like Godard was trying too hard. I know that people think it is great to make their grand political or emotional statements, but you need to have the characters speaking in some form of reality. I felt myself drawn back, annoyed, and embarrassed while watching the film. The film was blasted by some critics for being pornographic, but it should have been blasted for being juvenile. Maybe one day it will grow on me, but I just don’t get why anybody would recommend this one. Godard was in the practice of filming without a true script. This is a good example of how that can back fire.

Don’t bother with this one.

This is an excellent transfer from Criterion. They gave the film better treatment than it deserved. Color reproduction, clarity, and depth are all excellent. Fine detail is also solid. That said, occasionally the image can be a bit soft, but I would just blame Godard.

Similar to the video, this French mono track is very high quality. There is nothing bad to report whatsoever in this department although dynamic range is limited as you would expect. One of the high points for the film is the quality of the strange soundtrack by Gabriel Yared. This was one thing that I did like about the film.

Isabelle Huppert – Solid interview with the starlet. In English, not subtitled. (12 min, 1080p).

Nathalie Baye – Another worth while interview In French, with optional English subtitles. (17 min, 1080i).

Gabriel Yared – A very brief interview with the composer. In French, with optional English subtitles. (6 min, 1080i).

Every Man For Himself is not really worth watching, no matter how much people pretend it is important. Don’t listen to them, because they are just plain wrong. There are much better Godard films, and more importantly, just much better films out there. That said, Criterion have done an outstanding job on both the transfer of the film and the special features are absolutely incredible. If you are a Godard completist, then go ahead and buy it for the amazing supplements. Otherwise, I would steer clear of this one. Only recommended for fans of the film. 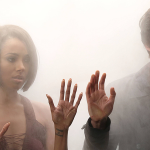 The Vampire Diaries: The Sixth Season (Blu-ray)
Next Article 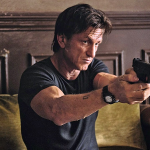