When it comes to the films of the Coen brothers, it’s always been a jump ball with me. Some of their films I’ve loved, others not so much and others (namely Fargo) I felt were over-praised. While others, O’ Brother, Where Art Thou?, have grown on me as time goes by. However it seems that Joel and Ethan Coen, like Woody Allen, can just sit down and think of an idea, set it in motion and craft a well-made film. That’s talent.  Granted it doesn’t hurt that any movie studio will make their films and any actor will want a part in their films, but still – they’ve been at it for nearly thirty years and there’s something to be said for that. With their latest effort, Inside Llewyn Davis, I was a bit hesitant. I don’t know why as the reasons I’ve discussed above would dictate that I’d see it, but still – I hesitated. I’ve never been into folk music and all I knew about the film was that it had a man, a cat and Justin Timberlake.  Oh my.

The story follows Llewyn Davis (Oscar Isaac) over the course of a week. Llewyn, a feckless folk singer on the Greenwich Village music scene, is trying to make ends meet. He alternates his residence between a series of friends and family, not all of which like him. He’s learned that he might be a father to Jean (Carey Mulligan) who’s married to Jim (Justin Timberlake). unbeknownst to Jim, of course.  We learn that Llewyn was once part of a folk duo, though his partner has thrown himself off the George Washington bridge.  Llewyn is now struggling to become a solo act, but in an era just prior to that of Bob Dylan, it’s hard for a folk singer to breakthrough.  Llewyn’s travels lead him to Chicago in the hopes of getting signed. He meets up with jazz man Roland Turner (John Goodman), but that too ends up as a wash. Down and out, Llewyn decides to chuck it all and rejoin the Merchant Marines, but is this truly the course an artist should take?

Like several other of the Coen brothers’ films, there’s really not a discernible or liner plot involved here. It’s more a “day in the life of…” (though in this case it’s a “week in the life”). Fans of folk music will certainly get a kick out of some of the songs, all sung by the actors. Yes, Oscar Isaac has been playing guitar since he was 12 years old and can certainly carry a tune. While I wouldn’t classify the movie as strange, it’s certainly offbeat. I think the movie it most closely resembles is O’ Brother, Where Art Thou? and that’s fine by me as that’s now one of my personal favorites.  The thing with the Coen’s films is that they tend to stay with you long after the credits roll. It’s the morning after for me and I still can’t get a few of the songs out of my head. That’s a good thing. The cast does a great job and though most are new to the Coen’s films, we do find old cohort John Goodman in there.  Critically-hailed, it was nearly overlooked by the Academy save for Cinematography and Sound Mixing, both of which it lost.

I wouldn’t exactly say that this falls in the same category as some of Criterion’s other releases, but Inside Llewyn Davis has been given a new 4K transfer. A nominee for Best Cinematography, Inside Llewyn Davis isn’t exactly The Wizard of Oz in terms of color. In fact, the entire film is shot in what appears to be a very soft focus with gradual hues of blue and grey dominating.  Set in the winter, New York and Chicago seem particularly cold and icy and the most warmth in the movie seems to come from Justin Timberlake’s wool sweater. That said, the overall clarity of the film is right on par with any new to Blu-ray film. The 1.78:1 AVC HD image, though a bit soft at times, exhibits impressive detail. Contrast and black levels work well off one another as this movie contains a number of very dark scenes.

This appears to be the same sound mix found on Sony’s Blu-ray disc. I did an A/B comparison and couldn’t tell any discernible difference between the two. Literally from the opening scene, we’re treated to a very rich and robust sound mix. The chords of the guitar fueled with Oscar Isaac’s amazing voice are really the heart and soul of the film.  Dialogue dominates the movie, though there are a few key scenes that really steal the show.  There’s a sequence in which Llewyn, Jim and Al Cody sing a song about John Glenn (“Please Mr. President…”) that sounded positively amazing.  While vocals are crisp and pure, the surrounds are a bit underused at times, though this isn’t supposed to be an audio powerhouse. Understated is a word I’d use and this understated track sounds nice indeed.

I, like countless others I’d have to assume, am kind of hit and miss on the Coen Brothers’ films. However I can say that I positively love this film! I’ve watched it several times since its initial Blu-ray release and for Criterion to give this their treatment is a true blessing. That’s the thing about the Coen’s films – there’s at least one that will appeal to someone. For me, this is it.  Though the technical aspects of the film remain largely unchanged from Sony’s disc, the addition of the supplements really makes this purchase a no-brainer. Highly recommended. 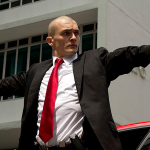 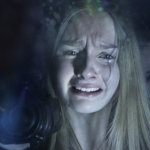