Like so many other model/actress wannabees, there are just too many of them out there. This is the case now as it was thirty years ago. Bree Daniel (Jane Fonda) is literally just another face in the crowd. In one of the film’s earlier scenes, a row of women are being picked over and looked at as if they were cattle. Bree is one of those faces. By day, she is an actress (or is attempting to be) and by night she is an upscale call girl. Being a call girl is something that she’s not proud of, but she is rather good at it and knows that she can count on it should the need arise for money. It often does. As she puts it, she can be an actress for an hour at a time, to make her customers happy and she leaves with money. Problem solved. But she isn’t happy on the inside and sees a Psychiatrist to help her figure out her problems. This, of course, is just half of the story. We meet John Klute (Donald Sutherland), a small town private investigator, who is assigned with the task of finding his friend, Tom Gruneman (Robert Milli). The only link between Klute and Bree is the mere fact that he was once a customer of hers. She vaguely remembers him, but is now being stalked by a killer who wants her dead. The question is…who is the killer?

Klute is a great film. It’s one that’d I’d “seen” but never really experienced. And I never made an extra effort to appreciate it.  Fonda gives a great performance; one of her best. It’s no coincidence that she won the Best Actress Oscar for her role. Roy Scheider isn’t given much screen time here, so if you want to see more of him and in a more “exciting” movie, check out The French Connection. Give Klute a chance, it does move slow at times, but it’s a great period piece that has withstood the test of time; and for good reason.

There’s something about watching films set in cynical, 70’s New York. I’d have liked to lived there during that time. That aside, Pakula was a big fan of the widescreen format and it showed in his films. He celebrates the entire frame and was directly involved with the original anamorphic DVD transfer for that release. With this new Blu-ray, Criterion has once again pulled out all the stops and has given us a much improved, though still imperfect, image. The wide 2.35: 1 AVC HD image shows grain in some places, but it’s been cleaned up as best as could be. The costumes, city scapes are all enjoyable to look at. It’s like watching an episode of Mad Men…in a way. Detail has been improved, colors are still a bit on the muted side, but overall I was very pleased. It’s an unusual-looking film, but one that’s hard to ignore.

Included is the original mono mix and, to be honest, it’s nothing to get excited about. While mono mixes do their part, they certainly can’t compete with the soundtracks of modern movies. And it’s also true that some sound better than others. This, for the most part, is par for the course. A “gritty” movie that is now some 30 years old sounds just about as good now as it did then (I’m guessing). The dialogue is a bit fuzzy at times, and that familiar background “hiss” that is so prevalent in 70’s movies is there as well. While not distracting, you do have to pay a bit more attention to what’s happening on screen. Sutherland, who tends to mumble, doesn’t make matters much better.

The last time I saw this movie was when it came to DVD and that’s been nearly two decades ago. Criterion has produced some new features for the film, so let’s take a look.

Jane Fonda won a Best Actress Oscar for her role in Klute. It shows. She was at the top of her game. Granted, the film isn’t and won’t be for everyone, but I’ve found myself gravitating towards films of the early 70’s like The French Connection, Dirty Harry and Mean Streets. There’s just something about them. With this release, Criterion has pulled out all the stops on the visuals, authored new supplements and given fans of the film what they’ve been clamoring for. 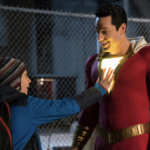 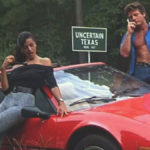