Odd Man Out was easily one of the most anticipated releases of the year from the Criterion Collection. The reason for the excitement stems from two prior releases by the Criterion Collection: The Fallen Idol and The Third Man. The Fallen Idol was only released on DVD and is one of the rarest and most expensive Criterion DVDs (I still have not seen the film) and The Third Man is one of the finest films in the collection, and one of the most sought after Blu-rays. Being a huge fan of The Third Man, and sad to have missed out on owning either of those titles in their Criterion editions, I bought the first copy I could of Odd Man Out.

Odd Man Out takes place in an unnamed Belfast shortly after World War II.James Mason plays Johnny, a young recently escaped convict that works for the Organization (essentially the IRA.) Johnny has been holed up inside of the home of Kathleen and her grandmother. Kathleen is in love with Johnny. Johnny has been working on a robbery that would help give the Organization more money to operate properly. Against the wishes of Kathleen and some of his gang, Johnny insists on helping in the actual robbery. Unfortunately, the robbery leaves one man dead and Johnny is deserted and bleeding to death from a bullet wound. The rest of the film follows the actions of the gang as they are ensnared by the police or killed, and follows Kathleen and Johnny as Johnny attempts to make his way safely across the town to her house. Also, we get to meet some misfits from around town including Shell, a wheeler dealer homeless man who tries to use Johnny to his advantage.

So, is Odd Man Out a major release? At the end of the day, I would say so. That said, it is not as amazing as The Third Man, which benefitted by having one of my favorite novelists, Graham Greene, as the screenwriter. Even though it doesn’t have an extremely charismatic Orson Welles, Odd Man Out is a great film that stands up to the test of time. James Mason is excellent in the film, but I was most struck by the performance of F.J. McCormick who played Shell. He steals every scene he is in. One of the things that was most enjoyable was Carol Reed’s amazing sense of mood. This is noir in the purest sense, with large shadows, rainy streets, and dark alleys. If you are on the fence, I think it is a family safe bet that you will enjoy the film.

Criterion did an excellent job on the transfer of the film. Depth and clarity are excellent, with the wet streets and cobblestones and bricks truly popping out of the television. The depth of field is absolutely outstanding, with Carol Reed’s brilliant sense of staging and lighting coming across perfectly. This should come as no surprise to anybody lucky enough to own their copy of the Criterion Blu-ray of The Third Man. Fans of the film should rejoice to see it in the hands of Criterion, and I rejoice to give this transfer my absolute highest regards. This film is an absolutely knockout.

This is a monaural track so it is relatively limited. That said, Criterion have done a tremendous job in preserving clarity in the audio. The score sounds great and dialogue is very easy to hear. That said, I will admit that I had to use my subtitles to keep up with the fast talking Irish brogues in the film. There is nothing to fear about this track. Sounds great!

At the end of the day, the only thing that works against Odd Man Out is how much I love The Third Man. It does not ever crest that film’s appeal, but it is a masterfully done film. Carol Reed’s use of light and shadow is fantastic, and this is the exact type of film that truly benefits from being on Blu-ray. I will definitely watch the film again sometime in the future. My recommendation: buy the film before Studio Canal eventually gets the rights to it! 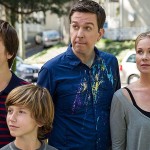 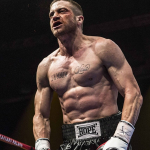