David Sumner (Dustin Hoffman) is a simple man, he’s a young mathematician in America who is tired of the endless violence. He seeks to take up a quieter, more serene lifestyle, so he moves to the English countryside. This isn’t much of a reach for Sumner, as his wife Amy (Susan George) is English and she welcomes the return. But what should have a peaceful existence turns sour, due to fights between the couple and to a greater degree, the bullish workers brought in to remodel their home. As David is mild-mannered and reserved, he winds up being pushed around, made fun of, and humiliated, all to his intense dismay. But he is not prone to violence and instead, he tries to overlook the frequent abuse. At the same time, problems with his wife escalate, as arguments continue and affection is all but gone from the relationship. So when Amy allows herself to be seen topless by the workers, it isn’t that she wants them to see her, but she needs that attention, since David isn’t willing to fulfill her needs. Soon, David is taken off on a false hunting trip and while he’s gone, the workers storm his home and rape his young wife. Unable to continue to stand idle, David takes a stand when the workers attack his house, caused by his protection of a mentally ill man. The conflict ensures that only one side will survive, but can David overcome his violent attackers, or will he fall victim to their brutal assault?

A movie notorious for its brutal nature, Straw Dogs is often mentioned in the same breath as Last House on the Left, I Spit on Your Grave, and Deliverance. While it stands out as a superior motion picture when compared to those others, all four share a common theme and a harsh, violent tone. The idea of refined, sophisticated urbanites clashing with more primitive, uncultured rural folks is not a new one, but in Straw Dogs, the concept is pushed to its limits, as violence and brutality take priority over moral values. You’ll see murders, child killings, rapes, beatings, animal abuse, and more, all presented in unflinching fashion, especially in this uncut version, as nothing has been excised here. In addition to the violence, cruelty to animals, and harsh overall tone, this one is sure to offend some for its placement of women in the order of the world. But given the structure and nature, that seems to be right at home and let’s be honest, its hard to look at this as some kind of cinematic role model. The story is excellent, the direction is masterful, and the performances are superb, as Straw Dogs is a top notch thriller that explores marriage, masculinity, and the nature of violence. I cannot recommend this picture enough, especially in this deluxe two disc edition, complete with the uncut version of the movie. So without hesitation, Straw Dogs is given this reviewer’s highest recommendation.

Although we’re used to seeing Dustin Hoffman in likable, memorable roles, he isn’t even close to that typical standard here. In this material, Hoffman isn’t likable or even sympathetic, even in his darkest moments of despair, its hard to be totally on his side. Yes, he is involved in some horrific events and it isn’t his fault, but even so, his character is by no means a good one. Instead, he is the most likable of a band of horrible men, so it isn’t so much Hoffman’s character’s goodness, but the degree of evil around him. So you might think Hoffman has trouble without his usual methods available, but he proves here once more that he is one of the finest screen actors of his generation. I am always taken with his work in Straw Dogs, as he is able to bring out the subtle touches, both good and bad ones. His interactions are excellent also and in my opinion, this is one of his best efforts.

As usual, Criterion has worked some magic here and a result, we have the best looking version of this movie. Criterion has done a new 4K scan of the film and the result is, well, stunning. Skin tones are much warmer and the overall visuals are smoother. These details may not have been the filmmakers intention for viewers to see. The image is twice as clean as I’ve ever seen it, thanks to some digital restoration work done and a brand new transfer from a 35MM source. The print shows some light grain, but an acceptable amount and as far as debris or marks, this treatment has none to speak of, even minor ones are absent here. We have a super clean and highly detailed picture as a result, one which allows the visuals to take hold and maintain their full impact. The colors have the intended muted presence, but the hues look terrific within that limitation, while contrast provides accurate, well balanced black levels throughout. This is a masterful treatment and one fans will treasure, as Criterion has outdone themselves once again.

This appears to be the same cleaned up mono option as was present on the DVD. It provides a solid, but unmemorable audio experience. The material is in good condition, thanks in part to the restoration efforts, so age has had little impact on the elements. As such, the sound effects have a clear, natural texture and that adds a lot to the film’s atmosphere. I heard no distortion in the least, while hiss is never detected either, a top drawer overall treatment. The music of Jerry Fielding also sounds good here, since it is never held back by source flaws or the like. Just as solid is the dialogue, which has a crisp and natural presence as well. All in all, a great audio effort and given the limitations of mono, this is a pretty impressive soundtrack. In addition, this disc houses optional English subtitles, should you need to enable those at some point.

Let’s forget they ever remade this movie, ok? If you’re looking for a downright gritty and memorable movie-going experience, then look no further. This is a classic case of “they don’t make ’em like they used to.” Dustin Hoffman shed his good boy image that he had in The Graduate. Criterion has improved on their previous DVD by giving this a new 4K transfer and adding a few supplements. What was once a great package, has just gotten better. 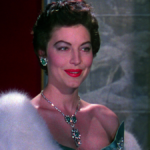 The Barefoot Contessa (Blu-ray)
Next Article 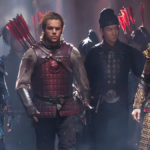