Debuting exclusively on Paramount Plus, Beavis and Butt-Head Do the Universe picks up almost exactly where things left off, finding our favorite idiots in fine form. The show had a small revival back in 2011, to which I said to a friend (another loyal fan) that it was like they never missed a beat. Indeed, the show came back, and it was like it never left. That is the same feeling I took from this new feature. It gives the longtime fans pretty much all they could expect, save for maybe the music videos, but there’s more than enough going on in the film that they aren’t terribly missed.

It’s 1998 and we find our title characters at a science fair in which, of course they know little about. Instead, Butthead is thoroughly enjoying kicking Beavis in the groin. Their foolish antics eventually leave the entire gymnasium burned to the ground. The judge looks at their failures as not so much their own fault, but the fault of those who taught them and society’s failure to raise them properly. They are sentenced to eight weeks of space camp. There, they meet Captain Serena (Andrea Savage) who views the boys during their training as some modern-day geniuses when they are the furthest thing from it. There’s a lot of plots here, but Serena is trying to view the wonders of a black hole (I said hole) and that puts everything into motion. Of course, Beavis and Butthead think that Serena is into them and that they are finally going to score. There’s a decision made that sends the boys to 2022 and we find Serena running for Governor.

I can speak so much about the various plot threads and gags here, but viewing the feature is a pure treat. There are plenty of laughs, both big and small that this is more than worth viewing. As I am writing this review, I already plan on watching it again. There’s a prison stint. I especially  enjoyed Beavis and his interaction with Siri and the return of Cornholio as well as their entry into college and being labeled as white privilege. Spoiler Alert: The boys eat it up.  Some episodes of this show may work better, but the tone and the jokes are very much in line with what we’ve come to expect, and I mean that as a wholly positive thing. It may have a few slow spots, but mostly, this is Mike Judge firing on all cylinders. There are far more hits than misses here, and Universe comes highly recommended.

This will, ultimately, find its way to Blu-ray, but for the time being this is only available via streaming. The 1.78:1 image doesn’t hold a candle to some of the newer animation movies out there as this movie (and the television series that preceded it) were all “classic” animation, meaning that they were hand-drawn. Colors are very strong and vibrant and though the movie is ten years old, it’s hard to tell. For those wanting the ultimate Beavis and Butt-Head experience, this is about as close as you’ll come.

When it comes to streaming movies and audio mixes, it’s a bit all over the place. I will add that there is a night and day difference between the television show and the movie and this 5.1 soundtrack is the thing that impressed me the most. Dialogue is very clean, you get to hear every snicker that B and B have to offer. The movie, obviously, sports a very good soundtrack and a few of the songs are played in full 5.1 during key points of the movie. If Beavis in Butt-Head in digital audio is what you were after, the wait is over.

I was on board with this one early on. It brings us into their world with mostly flying colors. It’s truly as if they haven’t lost a beat. Longtime fans and maybe even new ones should definitely check it out. I already plan on repeat viewings. 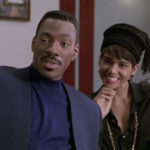 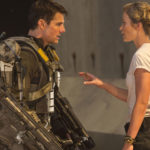