When you’re on top, there’s really nowhere to go but, you guessed it, down. That might be said about the Marvel Cinematic Universe (the “MCU” from this point forward). It all started in 2008 with Iron Man. Robert Downey Jr. donned the helmet and, yes, the rest is history. And when every film makes close to a billion (yes “billion” with a “B”) dollars, it sets the tone and a standard. But things can’t last like this forever and now we have Eternals. Yes, even a former avid comic book reader like myself uttered the phrase “what were they thinking?” The Eternals are, admittedly, fairly unheard of. They’ve been hinted at in Guardians of the Galaxy 2, but not much more. And with the war on Thanos over and done, there has to be some source of conflict, right? And, so, here we are. There’s a litany of stars in the cast and even Angelina Jolie has joined the MCU. The phrase “it takes a lot of talented actors to make a bad movie” comes into play here, but don’t let me influence you.

We meet the Eternals, immortal beings who have been on Earth for thousands of years (and they remind us of that often). Each of then have a specific power. Ajak (Salma Hayek) is the leader who chooses Sersi (Gemma Chan) as her successor. And while the group was mostly silent during the Avengers war with Thanos, a group called the Deviants sets the stage where the group can longer sit idly by. We also meet the rest of the gang: Ikaris (Richard Madden), Thena (Angelina Jolie), Kingo (Kumail Nanjiani), Phastos (Brian Tyree Henry), Makkari (Lauren Ridloff), Druig (Barry Keoghan), Gilgamesh (Don Lee) and Sprite (Lia McHugh). The sheer number of characters makes it hard to get to know any of them, even given the film’s 156 minute running time. Couple that with the leaps forward and backward in time and it only complicates matters. We have different pairings of these “heroes” which distracts us from what should be the film’s focus: the Deviants. Therein lies the problem.

Chloé Zhao can tell a story. And, visually, this movie is a masterpiece. But visuals will only get you so far. I was a big fan of Nomadland, Zhao’s Academy Award-winning film from 2020. But with the sheer number of talent involved here, it’s the polar opposite of that film. With Avengers: Infinity War and Avengers: Endgame, the three hour running times were OK, mainly because we’d had plenty of time (films) to get to know the characters. We don’t have that luxury here. It might be argued that I’m being too harsh on this movie. And I’m sure there’ll come a time when I go back and watch it again. Perhaps future MCU movies will make this one more relevant. But as of this writing, I’m trying to find a way to connect the dots in the MCU. And this movie didn’t help.

For all its shortcomings, I do have to say that Eternals is one good-looking film. Chloé Zhao has a way with the way she sees the world and the entire film seems to have a very etherial and surreal look to it. I liked that. Of course, this is also a Marvel film with a budget of $200 million dollars, so it’d better look the part since the plot, well – somewhat failed. The 2.39:1 image is flawless. And I’m not just saying that, even watching this movie streaming I was unable to find anything that could be construed as an “error.” Colors pop, the costumes seem to leap off the screen, contrast and black levels are on the mark as well. If Eternals is your thing, you’ll be rewarded with an outstanding picture.

I’ve had a few hit and miss moments when streaming a film and then watching it on disc. I watched this via Apple TV (from a code provided by Disney) and it had a Dolby Atmos mix. Looking at some of the specs of the Blu-ray disc, it appears as if that mix is a DTS HD Master Audio mix. I’m sure whatever way you go, it’ll sound good, but given the opportunity – I’ll go with the Atmos track every time. Vocals are sharp and crisp, the ambient surround effects fill the atmosphere with so much aural goodness, your head will hurt from turning it so much. What does that mean, exactly – watch and find out. I won’t continue to tell you how good this sounds, just know that (as I said above) it’s a Marvel movie and they’ll reward you with this mix.

As we delve further and further into the Marvel rabbit hole, there are bound to be films that don’t appeal to everyone. For every Iron Man or Captain America film there’s, well, one like this. I’m sure it’ll come into play in future films, but as of right now I’m still scratching my head. Then again, Marvel hasn’t really steered us wrong since the universe started in 2008. I have faith. And after watching Eternals, I’ll need it. 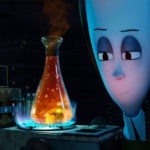 The Addams Family 2 (Blu-ray)
Next Article 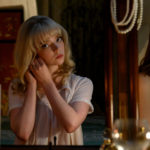