In the last few years, we’ve seen a lot of some classic movie monsters. In 2015, we were treated to Godzilla which breathed new life into a tired old franchise. It was followed up by Kong: Skull Island which effectively did the same thing for Kong. So it was only a matter of time before these two “met” and that time is now. Before I delve into the (ridiculously complex) plot, I will say that any movie-goer will and should know what they’re getting into when watching this film. It’s two beasts that are duking it out for the fate of the world. Yes, really. But that’s neither here nor there. I’d have opted for a simpler plot and more action, but we do manage to get a bit of both in there. Confused? Yeah, me too. Whatever – let’s get started.

To net it out, here’s the deal: We’ve got Godzilla, who some might remember had essentially decided to leave humans alone. But, for some odd reason, he’s begun a series of attacks. To circumvent that Kong is removed from his containment in an effort to stop him. Of course, to do that he has to lead a team, led by Dr. Nathan Lind (Alexander Skarsgård) into the “Hollow Earth”. What is this? It’s an ecosystem within the Earth’s core. The rest of the ensemble consists of Madison Russell (Millie Bobby Brown), and a conspiracy podcaster – Bernie (Brian Tyree Henry). They’re trying to find out what the head of a cybernetics corporation, Walter. Simmons (Demian Bichir) intends to do with a mysterious piece of equipment spotted in its HQ. Oh yeah and also Kong and Godzilla fight and there might be a mechanical version of one of them that shows up as well.

So…that’s it. I found that while watching this I was mainly trying to figure out what had happened in the previous two films. It’s not that they’re a requirement to see this film and, truthfully, it doesn’t really help. Also, it was probably just me, but the Nathan Lind’s character seems to lose his beard halfway through the film. Both my wife and I thought he had an evil twin or brother or something? Or maybe we lost interest in the movie and started making up our own plot. That, coupled with this little kid who seems unafraid to go up to Kong and touch his toes really had me scratching my head. Look, I’m making this sound worse than it really is. It’s entertaining and fun, but just don’t try to understand what’s going on – it’ll just make you mad.

Let’s face it, both Kong and Godzilla have had their respective films and they’ve both looked great. That’s the case here as well when we pit these two behemoths against one another. I watched the film in 4K via HBO Max and the 2.39:1 image delivers on every level. The use of practical and CGI effects throughout make this seem more realistic than other films of this nature. It’s like we’re observing the destruction through a peephole (if that makes sense, if not bear with me). The entire film seems to have a  darker tone to it. Flesh tones seem warm and natural, but the detail is where this film excels. Though it’s not quite as crystal clear and sharp as I’d have liked, I really have no complaints with how this appears.

Watching the film via streaming doesn’t have the stigma it did a few years ago. No, we get a full on Dolby Atmos track that certainly delivers. I wish more studios would adopt this policy as it seems fairer to the consumer. On one hand, the consumer who pays more might get a better-looking picture, but that shouldn’t sacrifice the audio quality. Nevertheless, that’s not the case here, and the included Atmos track is everything we’d expect it to be – and more. Vocals are rich, crisp and pure, surrounds are never-ending and offer tons of atmospheric ambiance. The LFE are constant as well and if you’ve been wondering what it’d look like to hear the city of San Francisco destroyed by two beasts – you’ll have an inclination as of what to expect.

I have to assume that when this comes to disc, these features will be included. They’re short and make a lot of line items that will look great on the back of the box.

My guess is that if you’re going to sit down and watch a movie like this, it’s best to check your brain at the door. It’s better than Godzilla: King of the Monsters, but not quite as good as Kong: Skull Island or Godzilla. Make sense? Nevertheless, it looks and sounds good and the extras…well, even if they’re included you’re reallly not missing much. 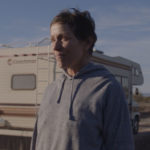 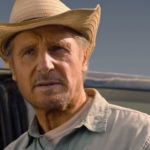