I had a mild interest in See How They Run even if I knew it likely wasn’t one, I’d catch theatrically. That is largely because of other movies that took priority for me over that. With a short theatrical-to-streaming window, I knew it wouldn’t be long before I could catch the flick at home. With a love of Agatha Christie and renewed interest in the murder mystery genre after Knives Out, it’s a perfectly serviceable film even if it is largely forgettable as well. This isn’t something I am in a hurry to see again any time soon, but for a single viewing, you could do a lot worse.

We go back to London in the early 1950’s where Christie’s The Mousetrap is a big hit. We meet Director Leo (Adrien Brody) who hopes to transfer the stage version into a film. There’s a writer named Mervyn (David Oyelowo) who clashes with Leo over the direction for the film. I shouldn’t have to tell you what happens next, but Leo is stabbed in the back at party, setting the mystery of who killed him into motion. We meet Inspector Stoppard (Sam Rockwell) and Constable Stalker (Saoirse Ronan) who are put on the case. Over the course of the film, we’re introduced to several characters, or potential suspects I should say, and the film tries to keep things interesting and moving along. Although he is killed early in the film, Brody’s Leo shows up a lot in various flashbacks.

The film was certainly made well and with respect for the story and characters, but I found my interest wearing off before the closing credits. Of course, it is worth it to get to the conclusion, but boredom set in during several stretches in the middle. I enjoyed the production design, and the cast are all up to the challenge. I just wish I cared more about the central mystery. I read some reviews mentioning how the film starts off with a lot of energy then fizzles out. I couldn’t argue with that assessment. I think for those still curious to check it out that a rental isn’t the biggest loss but go in with modest expectations.

With a virtually flawless 1.85:1 transfer, expect strong details throughout. I’d argue that the production design is one of the strongest attributes of the film. Indeed, it looks very right and authentic. Colors and all are nice, and viewers should feel pleased with the results here.

The DTS HD track is also pleasing. Vocals are fine and the rear channels stayed active. It isn’t the most robust track around, but it serves the film nicely as it should.

I’m down the middle with this one. It has some entertaining moments and a willing cast, but the film loses steam before the closing credits. A rental isn’t a bad endorsement I suppose. 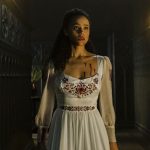 The Invitation (Blu-ray)
Next Article 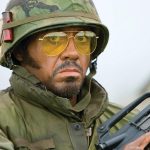