The H.M.S. Defiant is one piece is a large scale movement which seeks to present issues to the leaders of the military, in an effort to bring about some changes. This is a peaceful movement in all respects and there is to be no violence involved, which is crucial to the success of this movement. Most of the men involved understand this concept and follow the no violence agreement, but Defiant’s first mate, Lieutenant Scott-Padget (Dirk Bogarde) doesn’t seem to like the idea. He is always ruthless and even sadistic at times, which means the ship always seems to be in danger of inner turmoil and troubles. Captain Crawford (Alec Guinness) tries his best to maintain order, but even he will only be able to hold it all together for so long. After Crawford is injured in a battle, Scott-Padget assumes command and soon, a mutiny is underway to regain control of the Defiant. Another crew member overthrows him and takes over, but soon realizes he faces serious charges when the ship returns to port. Crawford persuades him to join the British fleet against the French, which might earn him a pardon, but then things take a bad turn. Scott-Padget is killed and the crew finds themselves having to choose between their countries and their own lives & freedom.

Looking for that special type of adventure that can only be found on the high seas? Then you’re in luck, as Columbia/Tristar has issued one of the grandest sea adventures ever, Damn The Defiant! on our beloved format. This film features excellent acting, tight direction, and action that puts you so close to the water, you can almost smell the sea salt. Of course, this is a period piece and as such, costumes and set design are two vital elements. Thankfully, this film excels in both regions and creates a realistic atmosphere, so you never get pulled out of the movie. I love the costumes the sailors wear, but even the most mundane costumes display detail and hard work also. The visuals are outstanding, creating some incredible compositions and also giving us the real feeling like we’re out to sea. Add in superb performances from Alec Guinness and Dirk Bogarde and that spells success, if you ask me. This disc is average in all respects and I wish it were better, but the film alone warrants a rental or purchase of this title.

Damn The Defiant! is a visual experience to be treasured, thanks to excellent composition and execution. If you don’t understand how vital composition is to film, just flip this disc over, take a look at the pan & scan version, then see if your tune changes. Each shot seems to be planned down to the minute detail and as such, the images are rich with subtle touches and nuances. Sometimes more obvious than others, but all the shots have a terrific balance and placement to them. Even simple two shots seem intricate and planned to exacting specifications. This ensures the movie delivers on more than a basic level, also supplying a potent visual punch at all times. Lewis Gilbert directed this film and he turns in a fine film in the end. Other films helmed by Gilbert include Moonraker, Sink The Bismarck!, The Spy Who Loved Me, Alfie, and You Only Live Twice. The cast here is lead by Alec Guinness (Star Wars, Doctor Zhivago) and Dirk Bogarde (The Fixer, King and Country), both of whom turn in superb performances. The two have a nice level of chemistry, both as friends and enemies. The cast also includes Nigel Stock (Yellowbeard), Maurice Denham (The Day Of The Jackal), Richard Carpenter (Mystery Submarine), and Anthony Quayle (Mackenna’s Gold).

Damn The Defiant! is presented in a 2.35:1 anamorphic widescreen transfer, with a full frame version included on the disc’s flip side. This is an older film and looks like it, but the transfer still turns out to be of passing grades. I saw a lot of debris, marks, and grain on this one, but given the age of this film, I expected it to be this way, perhaps even a little worse. Colors seem bright, if a little faded at times and flesh tones have a natural, warm tint to them. But the contrast is just too dark, which doesn’t allow the colors to be as rich as they should be. Also, this hampers detail level and that is not cool at all. Given the age and condition of the materials, this is an average transfer, but I wish Columbia/Tristar would have cleaned this one up a little…ok…a lot.

This disc uses the original mono track, which gives a noble effort, but in the end is too limited to do this movie justice. This track shows some signs of age at times also, which doesn’t help matters in the least. The trademark mono hiss is missing, but this track is still rather harsh in my opinion. The dialogue is the best represented of the elements and sounds good, with only a little harsh edge to speak of. The sound effects and music come across in adequate fashion, but not as clear or sharp as the vocals. In terms of mono tracks this is a decent enough track, but this film deserves a much better treatment. This disc also includes subtitles in English, Thai, Korean, Chinese, Portuguese, Spanish, and French.

You’ll find some production notes inside the liner booklet, but a nice array of features can be found on the disc itself. Include here is the film’s theatrical trailer, talent files, and some vintage advertising materials. This means poster shots, promotional materials, and the like.

TAGGED: Damn the Defiant
blurayauthority January 28, 2012
Previous Article Curse of the Demon/Night of the Demon
Next Article Dark Days 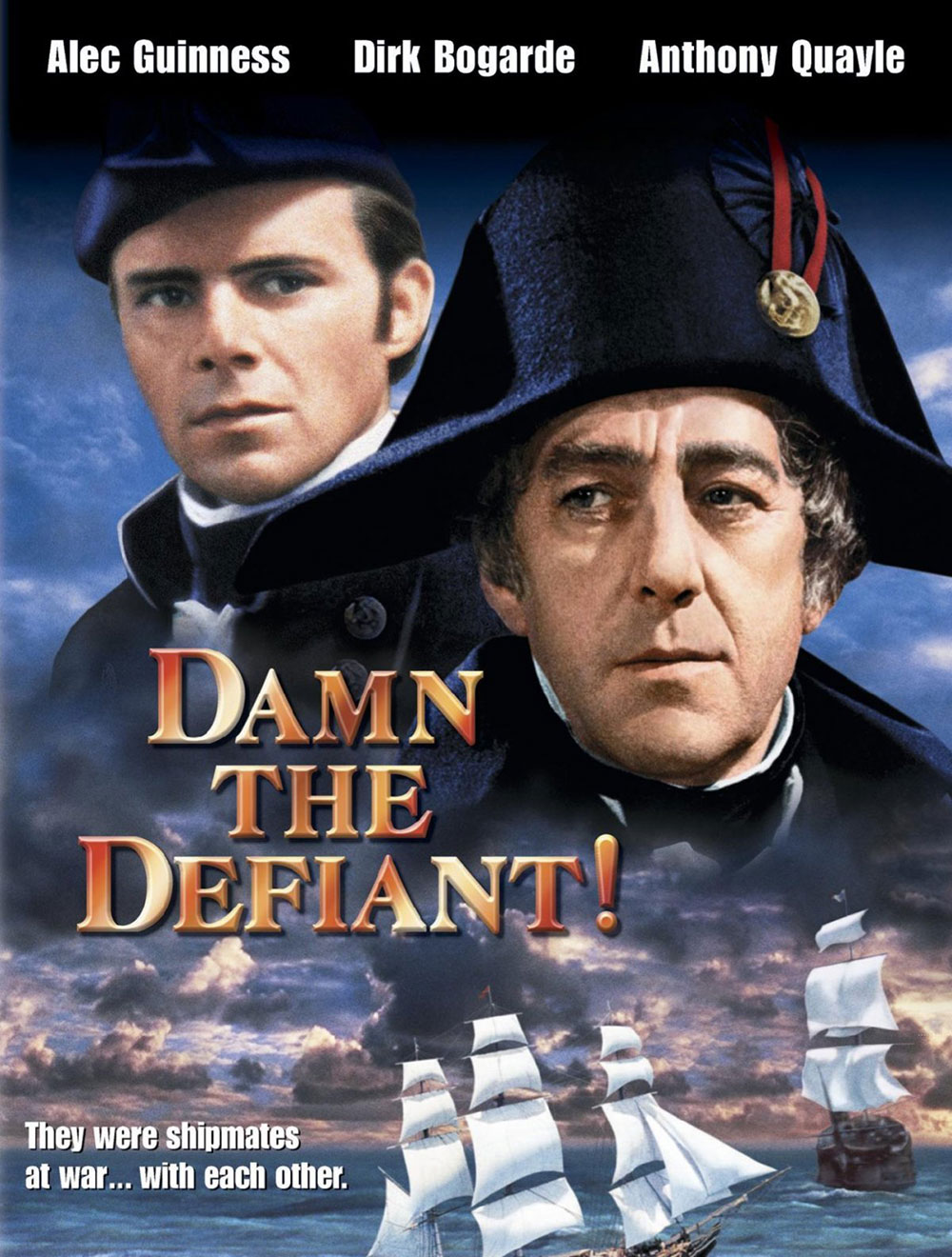