A masked man is handing out free tickets outside a theater, for a special preview of an most unique motion picture. The audience turns out to be a substantial one, with all kinds of different folks in the seats. After all, who can resist a free ticket to the movies, right? The theater is eerie and something just doesn’t seem right, an atmosphere that is amplified once everyone is inside and the film begins. Soon after the feature presentation starts, some of the patrons begin to experience unusual changes, turning into hideous demons. As they attack the other viewers, it becomes clear the theater is a trap, as no one can find an exit. The bodies begin to pile up and more and more patrons move to the demonic side. Can anyone escape this horrific turn of events and what caused these demon transformations?

This is horror for the sake of horror. Lamberto Bava crafted a minor horror masterpiece with Demons, a take no prisoners movie that delivered on all fronts. The story is a touch on the thin side, but it works and serves as a capable foundation for the all out carnage and chaos that followed. If you’re like me, you think that all too often, blood and violence are trimmed out of horror movies and that trend is inexcusable. In Demons, you will see no such restraint and the blood, entrails, and other bodily elements flow like wine, this one has ample gore. The gruesome special effects don’t look cutting edge by modern standards, but still hold up and should please even the most demanding gorehounds. The pace is brisk and things never really slow down, plus the music is beyond kick ass, this one seems to have it all. I am pleased to see Demons revisited and given a proper transfer, so if you’re a fan of horror movies, this new release of Demons is a must own title.

Demons is presented in 1.66:1 anamorphic widescreen. This new transfer is most welcome, as it replaces a lackluster non anamorphic presentation on the previous releases. This time around, we’re given a more refined image and while this movie is bathed in darkness, the visuals still come across well. The detail level is good, much improved over the previous edition, while colors also seem to have been corrected here, which is great news. As I mentioned, this movie has a lot of darkness, but contrast performs up to task and no detail is lost in the shadows. I commend Anchor Bay for revisiting this movie and giving us this new treatment, the movie finally has the transfer it deserves.

This Dolby Digital 5.1 option sounds good, but isn’t that dynamic. I would say the music gets the most out of the surrounds, but since the music is great, that is good news. The musical soundtrack sounds loud and clear here, so if you like 80s rock, you’ll love how good these songs are presented. The dialogue is presented in an English dub, which works well enough, with no serious concerns. The random sound effects are in order also, from the rips of flesh to the gushing of blood. This disc also includes a 2.0 surround option.

The same supplements from the previous edition have been ported over, with no new additions. Lamberto Bava is joined on audio commentary by special effects artist Sergio Stivaletti and journalist Loris Curci. The session is decent, but isn’t as great I had hoped, but it is worth a listen if you love the movie. This disc also includes some behind the scenes footage, as well as some of the film’s theatrical trailers. 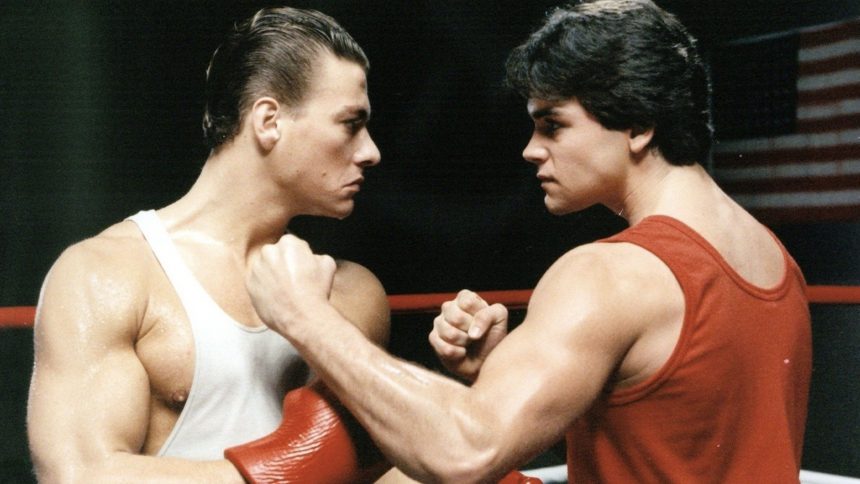 No Retreat, No Surrender (Blu-ray)