The Chicago White Sox have become an excellent baseball team, but they’ve also become tired of their owner Charles Comiskey (Clifton James) and his behavior. The owner treats his players with disdain and pays them well below their worth, even though their record is impressive, perhaps even good enough to win the World Series. But he doesn’t seem to be pleased with them and still treats them like slaves, even as they close in on a league championship. Although the team members have stayed focused and risen above Comiskey’s antics, they have started to break down and are very displeased with the state of affairs. The players can deal with the poor treatment, but they need more cash to live on and since Comiskey won’t supply them, perhaps someone else will. This is when some hustlers discover how unhappy the team is, which results in offers of cash to throw the World Series. The team has worked hard all this time to reach the final series, but will they decide to throw it aside to counter Comiskey’s penny-pinching owning methods?

I’ve had this film on full frame laserdisc for some time, so I was more than pleased to dump that one, once this new edition was announced. I watch Eight Men Out very often and I never tire of it, due to John Sayles’ excellent direction and a cast full of gifted performers. Such names as Charlie Sheen, John Cusack, David Strathairn, Michael Rooker, and many others all hand in terrific turns here, giving the film the cast depth it needs. Although this is a movie about baseball, the focus is more on the players off the field actions, so don’t avoid this just because it is a sports flick. As you should know, this was based on a real life event and in this film, we look into the men involved more than the game of baseball itself. So baseball fans will love it of course, but anyone who likes a well made drama would be well served to give this one a chance. The production design is superb and very well detailed, which gives the film a wide scope and sense of realism, which add to the experience more than a little. I give this film a very high recommendation and while I wish the disc had more value, the low price makes this release still well worth a look.

This film was written and directed by John Sayles, who is a director I know I can always count on to deliver a good effort. I think Sayles is well known for his distaste of huge budgets, but when he can come through like he does here, the lack of budget is not obvious. In Eight Men Out, Sayles and his crew create a wide scope and fill it with details of all kinds, right to down to the most subtle touches, just for atmosphere. This pays off in spades, as the film feels and looks very realistic to the time, even though the resources weren’t massive. I think that is the mark of a skilled filmmaker, to craft a film from limited resources and make it fly, which Sayles has done time and time again. He chooses to focus on the stories and characters, instead of special effects and big name performers, which makes his flicks a lot better in the end. Other films directed by Sayles include The Brother From Another Planet, Limbo, Matewan, The Secret of Roan Inish, and Lone Star. The cast here includes John Cusack (High Fidelity, Tapeheads), D.B. Sweeney (The Cutting Edge, Spawn), Michael Rooker (Days of Thunder, The Replacement Killers), David Strathairn (The Firm, A Map of the World), and Charlie Sheen (Major League, The Chase).

Eight Men Out is presented in a 1.85:1 anamorphic widescreen transfer. As I said, the laserdisc was full frame and since it was not too good, I am very pleased with this new anamorphic treatment. The image shows a little grain at times, but looks very good and should satisfy even the most demanding fan, very good work indeed. The colors have a brighter texture and show no bleeds, while flesh tones look natural as well. No problems in terms of contrast, as detail is high and black levels seem to be dead on. There is a little print debris here and there, but not enough to knock the score much. In the end, a very solid presentation and one that offers a large improvement over previous editions.

Not much to discuss on this front, as the included mono track is good, but not much more than basic. The mix sounds as rich as mono allows, which seems to be enough in most cases, although I think the music could use some extra presence. The various sound effects come across in fine form, no real issues to report on that end. I was also pleased with the dialogue, which sounds clean and is always at a proper volume balance. This might be a mono option, but it’s a good one and that’s what counts. This disc also includes subtitles & audio tracks in Spanish and French, if you decide to make use of those.

This disc includes the film’s theatrical trailer, but no other bonus materials. As good as the commentary sessions with John Sayles have been, I would loved one for this flick, but of course, no such luck. 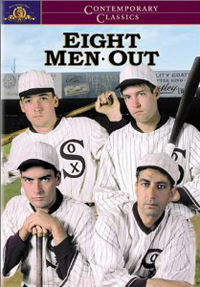