One thing is inevidable…Death. There’s no way to cheat it, as it will happen to us all. Me, you…everyone. Sure, there are ways to prolong it, try to avoid it, but the underlying fact is that every living thing on this planet dies. And that’s us. Final Destination takes look at this and decides to take a tangent and go with it. Assume, if you will, that Death has a plan for us all (and I personally believe it does, that we are all supposed to die at a certain time and preordained place). Death has some giant drawing of every living thing and has when and where we’re supposed to die. Weather it be on an airplane, decapitated, getting hit by a bus or strangled by a clothsline, somewhere it’s supposed to happen. Well, Alex (Devon Sawa) has managed a way to cheat Death. The key word, of course, being “maybe”.

Upon his impending graduation from High School, Alex and 40 other people from his French class are going to spend 10 days in Paris, France. Not at all really interested in French, the group is mainly going there for a good time. Alex, though is nervous and sees all the signs of things not going right. We meet his friends as they board the plane, and before we know it are seeing the plane blow up before our eyes! Then Alex wakes up. Seeing the same set of circumstances start to unfold, Alex does what most anyone would do…freaks out and is kicked off the plane, taking with him a small group of students. Now the weird part is…it happens. The plane blows up just as he had “dreamed” and all of the sudden, he’s not crazy, but has just saved the lives of some of his classmates. Of course, many more have died on the plane. It’s this key event that is the plot of the entire movie. While classmates like Carter (Kerr Smith), the jerk with the gorgeous girlfriend don’t fee like they owe him anything, others like Bily (Seann William Scott) think he’s some sort of psychic. What he has figured out though, is that he has cheated death.

Time passes and the memorial is held for those lost on the flight. Alex is thought more of a freak than a savior, and it’s not until that his small group of friends starts dying that he starts to catch on to Death’s plan. Tod (Chad Donella), whose brother perished in the plane crash, is mysteriously killed which strangley resembles a suicide. Alex has never told anyone about the visions he sees, as he doesn’t completely understand them for himself. The whole ordeal becomes a race against time to save the surviviors of the crash. The only one who believes him is Clear Rivers (Ali Larter) who feels that she has been saved from Death by Alex, and instantly feels a rapport with him. While predictable at times, it’s not so predictable in others…trust me. Final Destination is one of those movies that had potential to be a really great movie, but sort of falters and falls into that “I Know What You Did Last Summer”/”Scream” genre. While the plot will keep you guessing, it’s best to sit back and enjoy the ride, as this movie does manage to keep you interested.

New Line has delievered yet again with it’s newest addition to the Platinum Series. Presented in it’s orginal theatrical aspect ratio of 1.85:1, the anamorphic image is near flawless througout. While it’s a most even mix of daytime/nighttime scenes, neither look the least bit bad. While there are a few specs of artifacting here and there, the picture on the whole is outstanding. There is a sharpness that keeps the film looking more “film-like” and it doesn’t suffer from shimmering or compression artifacts. Flesh tones seem warm and natural, which suprised me due to the tone of this movie (I guess I was expecting everything to look all oversaturated). On the whole, a near perfect offering from New Line.

Final Destination takes full advantage of it’s Dolby Digital 5.1 track. Several elements of the soundtrack sound that much better with the 5.1 added. The bass (LFE) effects come into play at certain key scenes, and most importantly when the plane blows up. It rivals that of “Fight Club” during this scene. Dialogue is clean and free of any distortion, and surround effects; both front and back make the movie a lot more interesting to watch. One kind of runs out of adjectives when describing the audio. Every scene benefits from the soundtrack, and it’s a fact to say that the soundtrack plays a big part in this movie.

As part of New Line’s Platinum Series, this features not one but two (rather two and half) commentary tracks. There is a director’s commentary that has more of technical nature to the film (effects, how scenes were done, etc.) and als an actor’s commentary track. Also, there is an isolated score with commentary by the composer. I mark this as a “half” track, because she doesn’t talk when a song comes on or music is being played. Nevertheless, it’s a nice touch to have so much extra information about this film. In addiiton, there are standard cast bios, trailer and some DVD-Rom content. What is most interesting are the documentaries about true psychics. One focuses on psychics and how they assist the police in missing persons/murder cases, that might just convince you that being a psychic is real! Also included is a game to calculate when you die, though if you play it enough, you start to come up with the same answers. So if you play it and are told you’ll die in 10 years, I wouldn’t beleive it…but you never know. Overall, it’s another fine effort from New Line, who has taken an original movie, spiced it up with some Gen X actors and made it something to own. 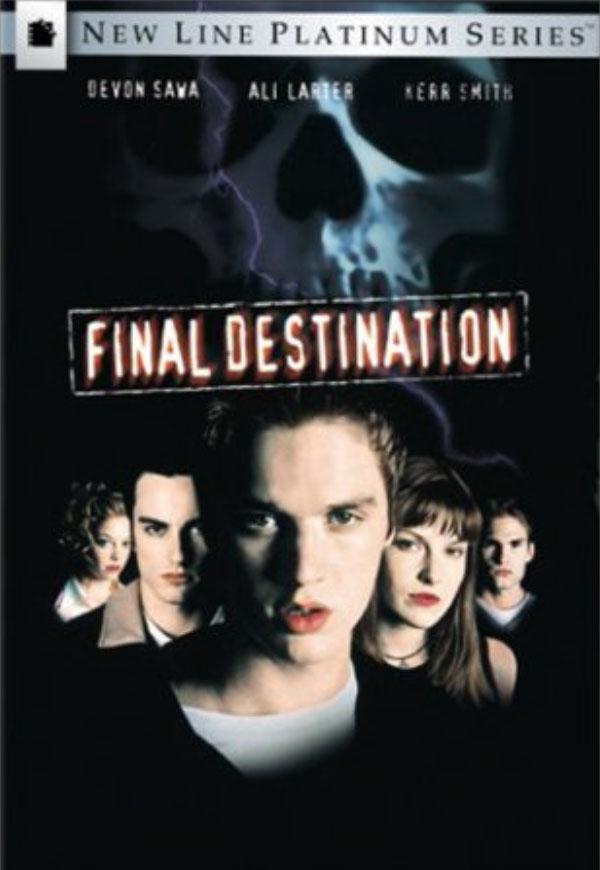