A militia group has robbed a military base, leaving behind wounded soldiers and taking hostages to aid in their escape. The group hijacks a cargo plane with the hostages in tow, including a pilot and his daughter. The plan is to fly the plane into Mexico, where the group can then escape with ease. But as the plane flies toward the border, one of the robbers, Bert (B.J. Turner) has other plans and takes action for himself. He throws the money off the plane and then follows it down, leaving the others on board with no loot. So the others decide to land the plane and go after him, which is what happens. A wooded area awaits with an eerie house on the premises, but the strange atmosphere deters no one from searching for the cash. As time passes, the group begins to fall victim to unknown presence, but what could be stalking them in this remote locale?

I am all about 80s horror, as these are the movies I used to rent weekend after weekend, in the cheap section of the video store. I have enjoyed revisiting titles I haven’t seen in years, especially in widescreen, uncut versions. Scarecrows is not a great movie or even a good one, but it has its moments. I didn’t remember much about the movie, but once I started to watch it again, it all came back to me. This movie has some decent gore, but its infrequent and the pace is just too slow. The actual movie runs under eighty minutes, but has so much filler, including some obvious repeated footage. If this were a fast paced, gore drenched movie, it could have been fun, but instead its mostly dull. I do like the scarecrows, they look eerie and move well, but I wish they did more and had more on screen violence. MGM’s disc looks good, but has no extras whatsoever. So in the end, we have a rather dull movie with a few bright spots of gore, but I think only genre maniacs will want to bother with Scarecrows.

Scarecrows is presented in 1.85:1 anamorphic widescreen. This is a solid transfer and better than I expected, with a fairly clean print that allows for clear visuals. This movie is very dark, but detail remains good throughout. The image isn’t refined, it has an unpolished presence, but it looks good. I found colors to be natural, if a little muted thanks to the dark visuals, while contrast is acceptable and that’s crucial here. So the image is a little worn here and there, but for a movie on the obscure side like Scarecrows, this is a pretty damn good presentation.

The included 2.0 surround option is decent, but is almost always front loaded. In other words, the eerie atmosphere isn’t bolstered by the soundtrack. The audio is clear and well handled, but the material could use a little more presence, especially in the more tense sequences. The sound effects might not pack much kick, but they sound fine. The dialogue is in order too, so vocals are clear and never a concern. This disc also includes Spanish and French language tracks, as well as subtitles in English and Spanish. 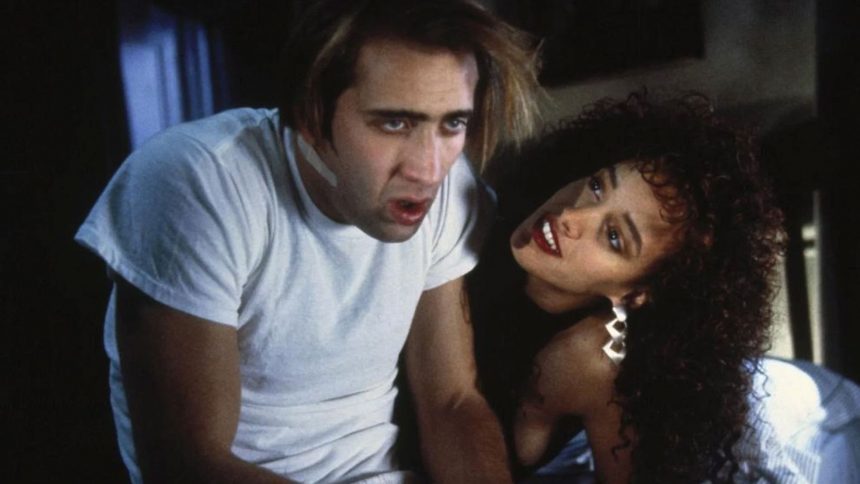