After the success and midway demise of The Wild Bunch, Sam Peckinpah took it easy on the next feature in which he tell the story of an old man lost in the desert, a struggle with one self and a discovery which changes the course of his life and many others. It’s tragic, sad and at times lighter than expected. It’s the Ballad of Cable Hogue.

A lizard crawls in the desert and an old man (Jason Robards) takes his time to catch him and eat it for food but before he goes in for the kill, he’s beat by 2 shotgunmen (LQ Jones and Strother Martin) blowing the lizard to smithereens and taunting the poor old man. Before he can raise his shotgun at them, it’s taken away from him along with his horse. With nowhere to go and nothing to do, he braves the sandstorms and every act of God that comes in his way where he finds a great discovery that’s not a mirage. He finds a spring in the middle of nowhere and through the advise of a traveling clergyman (David Warner) he goes to claim the land that the spring is on as his own. It’s through this trip into town that will change the life of him and everyone that comes into his path including a call girl (Stella Stevens) who catches his eye into town.

This is certainly another film of Peckinpah’s that takes place in the West, but one that takes a different take than most and this is one film that takes many liberties and comes off as a happy touching surprise. It’s a western with hardly any violence in it, but a western character piece that shows a man who’s on his last legs but gets a shot of luck that’s unexpected and has some light touches along the way.

Jason Robards gives a great performance as Cable Hogue, a man who keeps his sense of humor about him despite him being on the down side of vantage. David Warner also gives a wonderful performance in one of his earliest films as Rev. Joshua Douglas Sloan, a man of the cloth who likes to look under other people’s cloth and serve’s his own guidance and allegance to Cable Hogue.

The rest of the cast fairs well along with the Peckinpah regulars (RG Armstrong, LQ Jones, Strother Martin, Slim Pickens) and this viewer could not get over how many times he laughed during this film this being a Sam Peckinpah film. With all the added elements all good and the flow of the film going much breezier than expected, The Ballad of Cable Hogue is a film that any Peckinpah fan can appreciate for it’s continued diversity of a great director in this genre.

The Ballad of Cable Hogue is presented for the first time in a 1.85:1 anamorphic widescreen presentation with the results having a decent picture quality showing the film of that time very well preserved but still with some minor flaws in the print. There is a spec or two apparaet in the print here which is clean for the most part but elements of its age plus is grainy spots that make it a good but not great transfer and the least of the four in the Peckinpah Western Collection.

Although visually, The Ballad of Cable Hogue is satisfactory at best, the Dolby Digital Mono track fairs slightly better but not as audibly challenging as it’s predecessors as this is a film where the score and the dialogue dominate the film and sounds of buckshot come once in a while but not too often. With the track being a product of it’s time, it does a nice job keeping the dialogue and score on all channels without too much distortion. The track is clear and beautiful when needed and the result is the best that it can be which for the most part is good.

As with all four titles in the Sam Peckinpah’s Western’s Collection, galleries of all those titles plus the Getaway have trailers as well one for the James Dean collection. As for this title, we have two additional extras to add to that. First off, there is a featurette entitled The Ladiest Damn’d Lady: An Afternoon with actress Stella Stevens and it’s a wonderful 25 minute feature that shows Stella and crew discussing how she got into the movies as well as her experience with Sam Peckinpah which, according to her, was a mixed bag.

This did also let me in on a few things I didn’t know like how she almost ended up in one of the best Peckinpah films but was rejected by the director. The other thing that makes this featurette refreshing is not giving away any scene from the film except from publicity pictures. All in all, a very pleasant afternoon.

And finally, another trip around the Peckinpah world with the four Peckinpah historians in another episode of Peckinpah’s Past from Peckinpah’s Present with moderator Nick Redman and the usual suspects of all things Peckinpah- David Weddle, Paul Seydor and Garner Simmons. The track on this goaround for Cable Hogue is an informative one but also a pleasant one as the four speakers discuss their interpretations of the film along with one of the longest laughing fits this viewer has ever heard on a commentary before while the fearsome foursome viewed the film. With these four, everything is a pleasure to listen to and learn and chalk up another great episode from these four.

With great performances and a lot to like and enjoy all around, The Ballad of Cable Houge is a wonderful addition to this and any DVD collection for it’s a welcome touching and funny surprise and one film worth viewing on DVD for all that is on there. 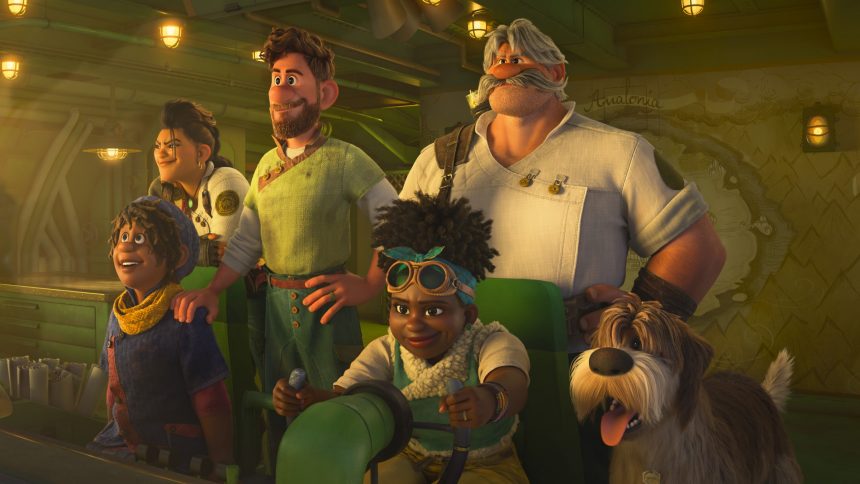