Chalk this up as one of the big surprises of the year. Dog turned out to be quite an enjoyable film. If you’re a dog lover or not, it’s hard not to get caught up in the story here. Channing Tatum also delivers one of his strongest performances. It can’t be easy acting alongside a canine, but he pulls it off. You won’t get spoilers from me, but this isn’t a tearjerker film, so fear not.

U.S. Army Ranger Jackson Briggs (Channing Tatum) is having something of a hard time. He doesn’t care too much for his job at a deli and is having to go through serious hurdles to serve another tour. We see he is suffering from post-traumatic stress disorder and spends his nights getting drunk at bars and passing out in the parking lot. A deal is made that if Briggs takes a dog that belonged to a soldier who has passed away to his funeral, then he might get a chance to return to active duty. The task at hand involves Briggs driving the canine from Washington to Arizona to attend the fellow soldier’s funeral. Dog is a film that’s more about the journey than the destination. It’s predictable and follows a familiar path, but that doesn’t matter. When the journey is this entertaining then why complain? It’s not always where you’re going, but how you get there. Indeed, this is one of the more entertaining films in recent memory. What I enjoyed too is that it doesn’t try to do too much or throw any curveballs our way. The direction is simple and the interaction between Briggs and the dog are part of the fun. The dog’s name is Lulu and is a war hero, but very few can work with her. This plays into the fun of the film by seeing the two of them interact. Along the way they encounter a marijuana farm whose owner is played by Kevin Nash and there’s even a stop at a luxurious hotel where Briggs pretends to be blind, and Lulu is his service dog. Indeed, the film provides us with a good time.

Dog simply worked for me. It provides a basic story and moves along nicely. Whatever flaws (such as being a tad predictable) don’t matter when the film is this much fun. It’s reminiscent of a simpler time when simpler films like this were made. Tatum does a great job here and whether you’re a dog fan or not, chances are strong that you will enjoy this one. One of the pleasant things is experiencing it for the first time. Check it out.

Simple and to the point, Dog gives us what we expect. Rest assured; it isn’t a tearjerker. It provides dramatic and comedic moments and blends them nicely. I appreciate that it doesn’t try too hard to pull at the heartstrings or do too much with the premise. It’s what you see is what you get. I thoroughly enjoyed this one. Check it out. 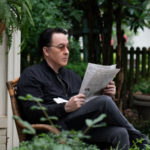 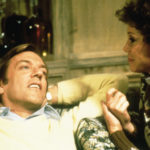