Where do we begin? I think the filmmakers would’ve been better off using the subtitle Halloween Ends: The film that forgot Michael Myers. I have so much to say about this one so I will try to do my very best. The horror icon gets maybe 10 minutes of screen time in this latest chapter, that one must wonder just what the filmmakers were thinking here. To be fair, it does give us the goods, but I am thinking many viewers may have tuned out long before the final showdown between Myers and Laurie Strode. In a curious decision, this film follows a totally new character for most of its run time that large portions of it are missing Myers altogether.

In the film’s opening sequence, we learn that it’s 2019 Halloween night and we meet Corey Cunningham (Rohan Campbell). He is babysitting a young boy named Jeremy, and before long, things seem odd. At first, we think Michael Myers is in the house, but instead, Jeremy is hiding from Corey. This leads Corey into the attic where Jeremy eventually locks Corey inside. As he is trying to break loose, he kicks the door real hard, and this sends young Jeremy over the edge of the stairwell onto the ground below. This is just as his parents arrive and see the body on the floor. They look up to see Corey looking on. We flash forward to the present and catch up with Laurie Strode (Jamie Lee Curtis) who does some narration to get us up to speed. Corey is now seen around town as a crazy person who murdered a child, and he’s working at a junk yard. We catch up with Will Patton’s Deputy Hawkins and Allyson (Andi Matichak) who develops a strange crush on Corey. I say strange because it really feels forced upon the audiences since she’s really no reason to fall for him, not just because of his history. Corey and Laurie share an early moment where some of the local teens want Corey to buy him beer, but he refuses. This plot element carries on through much of the film, with Corey eventually seeking revenge on them. There’s a lot of bullying going on here and downright violent scenes, but it isn’t until about 40 minutes or so that Myers even shows up. I won’t reveal too many plot specifics, but we do get a bit too much screen time devoted to Corey and his relationship with Allyson. It seems a bit odd that the film shifts so much focus away from Michael Myers. There are plenty of kills here, but a lot of them aren’t from Myers. The final confrontation between he and Laurie almost makes up for the lack of Myers through much of the film, but there is something left to be desired.

Readers may remember that I was not really a fan of the previous two entries. Heck, I really didn’t like Rob Zombie’s two tries at this series either. I am more mixed on the previous chapters before that, but there was something in me that was ready for this final showdown. And to be fair, the film DOES give us some closure once and for all. I applaud that aspect. Don’t take that as a spoiler, but I appreciate that the filmmakers finally can put this storyline to bed. I do wish that the 2018 film was a one-and-done sort of deal, but that wasn’t meant to be. I appreciate also that this film does something different, but it may stray just too far from the familiar that the inevitable disappointment is going to be there for those who just want to see a Michael Myers film. I still don’t know just why they put so much emphasis on the character of Corey when the film has bigger fish to fry. What should have been narrowing down, it instead feels as if the filmmakers were getting too ambitious here.

By the time this review goes live, I am sure the target audience would have seen the film and/or heard much of the buzz about it. I am still on the fence, but I neither hated nor loved it. A big part of that may be my general dislike for the previous two entries that my expectations were so low. Myers is just MIA for far too much of this film to make the impact intended. It is certainly a divisive film and one that does take chances, even the basic premise alone. So, while I can’t give a flat-out recommendation, I do feel it’s worth seeing if only to see this story arc finally conclude. It’ll be interesting to see where they go from here. 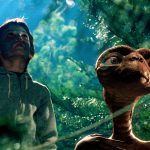 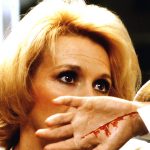