I am not someone who has to be connected all the time. I am up to date with technology, but I am not greeted when I walk into my home by some voice and my car doesn’t have texts or calls coming through. As of this writing, I have the latest iPhone model, but I am more than content to do some things the old-fashioned way. That is, I will get up to turn the heat up or down, I will walk to flip a light switch. I’ve nothing against those who do, but I simply don’t want to get overly connected with smart devices. Doorbell cameras are great, but there’s a fine line I draw. That brings us to our topic at hand: M3GAN (pronounced as Megan). You have probably seen the endless ads showing this 4-foot-tall robotic doll as she does some insane dance moves before charging down the hall after a helpless victim. There are Sci-Fi elements here as well as thriller and touches of comedy. It all works to make one enjoyable and fast paced film that is best scene with a large audience to all engage in what’s happening on screen. It starts the year off right, and I am game for more films like this.

In the opening moments of the film, we see a family of three driving in very snowy conditions. The two parents bicker about the car not being 4-wheel drive and what they should do. There’s an accident that occurs, leaving only the young daughter, Cady (Violet McGraw) as the sole survivor. She is placed in the care of her Aunt Gemma (Allison Williams) who works with robots at a tech company in Seattle. The early moments (which are very effective) show Cady and Gemma getting acquainted to one another.  Gemma’s house is loaded with all kinds of modern technology. Cady sees some toys on the shelf but is told by Gemma that they’re not to be played with as they are collectible items. A therapist shows up, and it’s clear that Gemma is a bit too addicted to her career. Gemma is working on a life-like creation called M3Gan which stands for Model 3 Generative Android. Clever, isn’t it? Unfortunately, the trial run with Megan doesn’t go well, so she’s told to put the breaks on the project. However, after seeing Cady struggling to adjust to this new living arrangement, Gemma decides to finish Megan on her own. There is then a public demonstration in which Cady is paired with Megan and things go surprisingly well. This puts the creation of several more of these dolls into production. Meanwhile, Cady is spending more time with Megan than she is with anyone else.  At first things are going OK as Megan reminds Cady to use a coaster or flush the toilet, but when Megan develops a mind of her own, we learn that something isn’t quite right. To give away too many more plot points would be to spoil the fun, but there are some kills in the film, and we see the ugly side of what happens when technology invades are lives.

I was not only entertained and involved throughout the film, but I also found it quite amusing. The humor is subtle and a bit dark, but it’s there, and I had a smirk on my face through much of the film. Whether it’s simply seeing Megan after the neighbor’s dog has gotten to her or waiting for her smart-alecky response to what an adult says, it was fun to see. I like the way Megan can be seen in several frames where there are two or more other characters talking. Wondering if or when she will react was part of the fun. The film builds to the usual frantic climax, but it kept me with it. Much has been said about the film being scaled back to a PG-13 rating, but nothing felt seriously lacking. Sure, I would love to see an R-rated cut sometime, but I feel the theatrical version works well in its own right. As of this writing, the film is already a hit, so we can expect more films in this series. Maybe a Child’s Play Crossover, perhaps? I’m kidding of course, but in today’s world with the constant crossovers, stranger things have occurred.

Dolls can be scary but paired with modern technology that can listen to us and think for itself is all the more frightening. In short: M3GAN becomes a winner. It’s simply an entertaining film that is equal parts scary and amusing. It’s best with a big group of friends or seen with a large audience. Check it out. 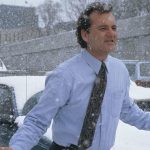 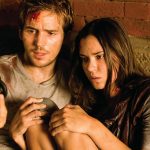