I knew next to nothing about Resurrection before deciding to see it. Once I saw it would be playing at my local cineplex, I decided I would give it a go. I only skimmed the previews and watched only a snippet of the trailer so I could go in unfamiliar. It does star Rebecca Hall, who seems like the obvious choice for this role. I will explain more about that in a bit, but she has become a dependable actress. I won’t say she is one of my favorites, but she does grow on me at times. She can often have a worrisome look on her face, but there are instances where it works in her favor as the characters, she portrays have a brokenness to them. That, or are flawed in some form or fashion. Ultimately, Resurrection proves to be a mostly effective film even if it doesn’t quite stick the landing. Regardless, it will likely make an impression on viewers on way or the other.

Things seem to be in order for Margaret (Hall) as she has a good career, lives in a nice area, and keeps a watchful eye on her daughter, who is close to moving away to college. She is seen a few times in the film having sex with Peter (Michael Esper), who is her boyfriend, but is married himself. Her daughter Abbie (Grace Kaufman) shows her mother that she found a tooth in her wallet one day. Strange indeed, but this is only the first sign of weird things to come. Later, Abbie gets into an accident which leaves her with a huge gash on her leg. This makes her overly protective mother even more cautious as she makes her stay home one night rather than go out. One night at a conference, Margaret sees a familiar face from her past. She scurries off and rushes home to check on her daughter. All is well now, but she then encounters this man again one day, sitting on a park bench. We learn that his name is David Moore (Tim Roth) and he and Margaret have a history together. Margaret had hoped David would be long gone from her life, so his resurfacing only furthers her newfound frustrations. I won’t begin to dive into it, but things are revealed about Margaret and David’s past. Things that almost must be seen to be believed. This all leads to some revelations, but also a lot more questions.

Resurrection moves along at a steady pace, but that also can become bothersome as well. There are times when I simply wanted an explanation for the things we’re told, but they’re almost kept at arm’s length for too much of the film. The film has some haunting moments, but also some that are a bit comical, if for no other reason than how truly bizarre they are. I was going along with the film for a while, hoping the conclusion would prove satisfying (even if not necessarily a happy one), but it did lose me along the way. It just becomes a bit much, but I still think there’s enough here to warrant a viewing. Rebecca Hall gives a solid performance, and it shows that some wounds never heal. It might not be a home run, but it has some very effective scenes.

While far from perfect and more than a bit frustrating, Resurrection gets enough right to justify a viewing. Led by Rebecca Hall’s strong performance, it is a film that will likely strike up some post-film discussion. 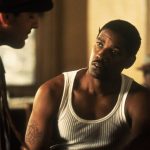 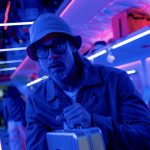