It’s hard to believe that a member of Monty Python has become one of the most acclaimed directors of our day. With movies like Brazil, Time Bandits and The Fisher King under his belt, Gilliam has shown the range few directors have. Brad Pitt called his role in Fight Club the best script he’s ever been handed. I disagree. His role  was very good, and he played it well, but in terms of a role that I remember him in, it’s here. The rest of the cast is superb as well, with Bruce Willis in the lead as James Cole, Madeline Stowe as psychiatrist Dr. Kathryn Railly and the always wonderful Christopher Plummer. The film is now over two decades old and, looking back, it’s aged well. Add to that it’s now a television series, another long-lasting effect of the movie.

James Cole (Willis) has been called from his prison cell. He’s been called to go back through time to stop and event happening, the Army of the 12 Monkeys. Now, the future of this movie isn’t at all like that of Star Trek or anything like that, it’s a run down, yet highly technologically advanced civilization that has been forced to retreat underground to live. The scientists, who rule with an iron fist, want to change all that and have been sending their inmates back through time (so far unsuccessfully) to stop an event that started all the confusion in the first place. The time machine itself looks more like something you would use to pump water off a ship than travel through time, but they don’t go into the inner working of it, and it’s just as well. Accuracy isn’t the time machine’s forte, either. Willis ends up at a battle in World War I and then misses his destination by another six years before landing at the right place and time. While on his second trip (he was only in WWI for a few minutes), he lands in the year 1990. He was given a telephone number to dial, that in the correct year (1996) would accomplish his mission, and instead he manages to get committed where he meets Dr. Kathryn Railly and fellow inmate Jeffrey Goines (Pitt).

Pitt turns it up a notch and gives his character a very nervous, awkward sense. This garnered him his first Academy Award nomination (he lost to Kevin Spacey in The Usual Suspects), with others coming in The Curious Case of Benjamin Button and Moneyball (he lost both). This was also the beginning of the “era of Brad Pitt”, and some would argue that the sun has yet to set there. He was flying high with strong performances in Legends of the Fall and Se7en and these would continue into the new century. Bruce Willis, already an established star, turns in a subdued performance and the lovely Madeline Stowe, who we don’t see that much anymore, nailed her role as well. 12 Monkeys is a movie that makes you think and it’s not your typical “time travel” movie. There’s something to be said for that.

The only reason that one would purchase this edition over the Blu-ray is for the 4K transfer. The audio and supplements are the same. That said, 12 Monkeys has always been a very visually entertaining film and Arrow’s 4K transfer cleans up a lot of the picture that faltered in the previous versions. Colors are a bit richer and blacks seem somewhat deeper as well. The entire palette used for the movie is very bleak and muted, no doubt to reflect the atmosphere of the movie itself. Detail has seen an improvement and though there’s still a few problems with the source print, this is certainly the best the movie has ever looked on a home video format.

We get a true uncompressed DTS HD Master Audio 5.1 track that sounds amazing. Granted, 12 Monkeys hasn’t ever really been the end all be all of dynamic audio, but there’s a richness and fullness to this track that I hadn’t noticed before. The LFE are quite active and I heard the most discrete sounds coming out of my surround speakers. Dialogue is rich and concentrated solely in the center channel. I’m happy to finally hear this movie the way it was meant to be heard.

The supplements are taken directly from Arrow’s previous release of the film (can’t say I blame them, if the work is already done…).

Subdued and a film that gets the wheels turning, 12 Monkeys is and has been one of my personal favorites since I first saw it. The performances are interesting and textured and the disc itself looks as good as I’ve ever seen. The extras are a bit “been there, done that”, but they’re nonetheless an interesting mix. While the 4K image is better than the previously-released Blu-ray, I’d say an upgrade is only necessary for the die-hardest fans. Nevertheless, it comes recommended. 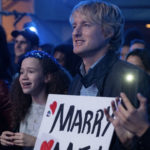 Marry Me (Blu-ray)
Next Article 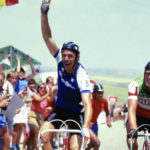