“I feel my mask of sanity is about to…slip.”

It seems the new trend in movies today is stick any noun or adverb after the word “American” and then…bingo, you have your movie title. Well, American Psycho goes way beyond that, as the title of the film is indeed very indicative of the content of the movie. Originally, the film was intended to be the stage for Leonardo DiCaprio after his huge success on the Titanic. Rumored to have a $20 million dollar price tag for the actor, it was the movie to see. But things happen and Leonardo decided to do The Beach instead and a British actor by the name of Christian Bale was his replacement. American Psycho is based on the highly popular (and highly controversial) book by Bret Easton Ellis. Though containing not nearly the amount of violence that was contained in the book, American Psycho is still violent, gory and will keep you thinking…just they way they want it.

We first meet Patrick Bateman (Christian Bale) sitting over a dinner table with his friends. It seems that in 1987, it was all about where you ate among other things. In the heart of “yuppie-Dom”, where you ate in Manhattan was just as important as what you wore, who you were seen with and what kind of car you drove. Typical, it seems, that dinners for four were “only” $570 and paid for with a Platinum Visa. Patrick, like all of his friends and business partners, was a product of Harvard and Harvard Business School, and it was no surprise that by the age of 27 he was most likely raking in $400-$500 thousand a year. It’s not long into the movie that we see a very evil side of Patrick. He walks around with his constant “cat ate the canary” smirk and ever-raised eyebrow and is self-described as “having all the characteristics of a human being, but without a single emotion.” Off the cuff remarks to waitresses saying he wants to dissect them and admitting that he’s really “into” murders and executions are of no consequence to him, as he never worries about anything…a conscience is something that he doesn’t have either. Patrick is engaged, but is fooling around with any woman he can get his hands on, and it’s not until that we see Patrick in his office that we see his true colors.

While American Psycho is an utterly stunning film, I just wish it lasted a bit longer. Christian Bale is terrific in the role and you would only know that he’s a British actor by watching the interview. He stays in character through the featurette that’s taking place off screen! Sporting an all star cast that includes William Defoe, Chloë Sevigny and Reese Witherspoon, American Psycho, in all of its sardonic wit, is a true statement on American society. If nothing else, it’s got a great soundtrack that features 5.1 mixes of Genesis, Huey Lewis and the News and Information Society (“I want to Know…what you’re thinking…tell me what’s on your mind”). An outstanding film.

Slashing its way to 4K, this 4K image is a noticeable improvement on the previously-released Blu-ray from 2007. The film has a very unique look to it with many of the indoor scenes giving it a serene, yet spartan look. If you go by what the press release says, it makes colors 40x brighter and blacks 10x darker. I beg to differ. Colors are very strong, full of life and I saw no evidence of artifacting, though a few scenes seemed to have a bit of trouble with vertical blinds (ah the 80’s, vertical blinds). While this Ultra HD is a marked improvement over the previous Blu-ray, it falls just short of perfection. Still, the additional color detail, overall image saturation and the film as a whole – it’s never looked better.

The previous DTS HD Master Audio soundtrack didn’t really have a problem with sound, but we’re now treated to a Dolby Atmos mix. Anyone who’s seen the film will know that there are some great 80’s songs in the mix (pardon the pun), and the sound seems more spacial. In fact, the entire soundtrack is just so so and though there are some spots when we get some pretty groovy 80’s tunes (“Hip to be Square” anybody?). There just aren’t a lot of surround effects in this movie that really stand out save for the chainsaw scene. The dialogue is, of course, clean and very natural-sounding. American Psycho isn’t something that will stand out as amazing on the audio front, but then again it’s not supposed to.

It’s not often that we’re treated to new supplements on a title of this age, but it is a good marketing ploy to sell copies, yes?

American Psycho is a classic. It’s a film that gets better with age and one that’s a bit different every time you watch it. At least that’s the way I see it. Christian Bale’s performance is beyond reproach. It’s amazing. I really can’t see anyone else in this role. The Ultra HD/4K version offers a better, cleaner picture as well as Dolby Atmos audio. Some new supplements have been attached as well, it’s worth picking up. 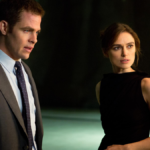 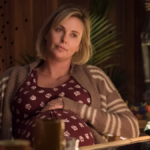