The 1980’s was a great time for cinema. Some of the most iconic films came out during the Reagan-era and it’s no surprise that some are (or already have) been getting reboots and/or remakes. So it was a bit of luck and timing that Beverly Hills Cop was made. Originally set to star Sylvester Stallone, who had already established himself in two franchises: Rambo and Rocky, it wasn’t meant to be. Producers Don Simpson and Jerry Bruckheimer replaced Stallone two days later with Eddie Murphy. The rest is history. Stallone’s proposed edits to the script were later made in his 1987 film Cobra. Murphy was already an established star as well with films like 48 Hours and Trading Places under his belt. But it was his role as Det. Axel Foley that catapulted him to superstardom. The success of the film paved the way for two more sequels (a fourth has been in the works for years), though as with most things – the first is usually the best.

We meet Axel Foley (Eddie Murphy) after an undercover operation goes bad. Already on thin ice with his boss, Inspector Todd (Gilbert Hill), Foley meets up with an old friend fresh out of prison. Mikey (James Russo) reveals to Axel that he’s worked for a man named Victor Maitland (Steven. Berkoff) and has stolen some bonds. Mikey is killed and in an effort to find his killer, Foley heads out to Beverly Hills to connect the dots. Axel is summarily arrested and is put under surveillance by two Beverly Hills cops, Taggart (John Ashton) and Rosewood (Judge Reinhold). Axel’s antics manage to keep them at bay, but the trio eventually start working with one another to piece together the murder and arrest Maitland.

The plot of the film is essentially a macguffin. It merely provided the framework for Murphy to flex his comic talent and impeccable timing. It worked. There aren’t a lot of actors who could have pulled off the role like Murphy and it’s his on-screen persona that made the film (and others) work. Other members of the cast were notable as well, Reinhold and Ashton manage to steal a few scenes and although only in two scenes, I’ve found that Bronson Pinchot’s performance of Serge is among the funniest I’ve ever seen. I mean seriously, check him out! Add to that Martin Brest’s direction, an amazing soundtrack and iconic and unforgettable tune (Axel F) and it’s clear to see why this movie was so popular.

This first installment in the series is the only one, so far, to receive the 4K treatment. And I’m OK with that. The film is now over three and a half decades old and I’m happy to say that it doesn’t show. While the color palette is generally dark, there are scenes (in Beverly Hills, of course) that really shine. Blue skies, red cars and shots from the city of angels really do stand out. Flesh tones seem more natural and even, there’s nary a hint of artifacting or blocking and detail has been improved since the most recent Blu-ray release. I’m simply amazed at how good some of these films can look. I’d be curious to hook up my old VCR and compare a release to one of these 4K releases just to see how far we’ve come in 25 years. That said, the film looks the best it ever has.

There are a lot of films, older ones at that, getting a new Dolby Atmos mix. And it’d have been nice to have that option to accompany the new 4K transfer. Unfortunately it wasn’t meant to be, but fear not – you’ll get your fill of “Axel F” in all its DTS HD Master Audio glory. Truthfully, I had no idea how often the tune was played in the film. Re-watching the supplements, it was intentional as they wanted something that was immediately identifiable to the film without the star being on screen. It worked. That said, the track has a few good moments, but is mainly a front-heavy track with some surround effects thrown in for good measure. It’s a nice-sounding, decent track that gets the job done.

There’s no denying the impact that Beverly Hills Cop had on the 80’s and Eddie Murphy’s career. It catapulted him as well as producers Don Simpson and Jerry Bruckheimer, into the stratosphere. It was the second highest-grossing movie of 1984 (second to Indiana Jones and the Temple of Doom) and held the moniker of highest-grossing R-rated film until it was surpassed by The Matrix a decade and a half later. Paramount’s 4K offers a much-improved picture and audio, though the lack of any new supplements is a bit disappointing. Nevertheless, this film belongs in every movie-lover’s collection. 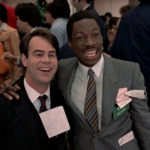 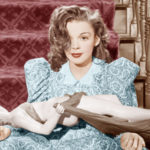