I have said it before, and I will say it again – John Carpenter is one of my favorite directors. Even Carpenter’s least appealing projects have a unique directorial vision and great ambience. I have been attempting to watch all of Carpenter’s films this year that had slipped through the cracks. I have seen most of his catalog, but I had failed to watch Christine. I had avoided the film because of the main idea behind the film which centers on a villainous automobile. I just couldn’t think of any scenario in which that idea could work and feel compelling. When I saw that Sony had released a steelbook pop art 4K edition to Best Buy, they finally succeeded at taking twenty bucks out of my pocket.

The film centers on two best friends. Nerdy Arnie Cunningham (Keith Gordon) and football star Dennis Guilder (John Stockwell) have been friends since early childhood. Arnie has a strict family life with an overbearing mother. At shop class, Arnie is bullied ruthlessly by some dangerous thugs – Moochie, Rich, and Buddy. When Dennis stands up for Arnie, the bad seeds get in trouble for pulling a knife. After school Dennis and Arnie are driving when Arnie spots a beat-up ‘57 Plymouth. The owner of the vehicle had died, and his brother was put in charge of selling Christine- the name of the car. Arnie uses his savings to buy the car. Arnie’s mother refuses to let him park the car at their house so he is forced to put it at a wreck yard. The car exerts a weird influence over Arnie and he begins to neglect his relationships and schoolwork to work on the car. Arnie also begins to date the new girl at the school, Leigh Cabot (Alexandra Paul.) Soon, Leigh begins to feel like Christine may be jealous of their relationship. At the same time, the bullies decide to trash Christine unaware of the wrath it will bring upon them. While Arnie turns into a more aggressive and sinister person, Dennis begins to feel like the car itself is causing the change.

Okay – so this is not my favorite Carpenter film. Based on the novel by Stephen King, this film is a very well-made and competent film that is missing something central to Carpenter and King’s usual storytelling – a strong central premise. When I watch a movie like Escape from New York or The Fog, it is not a big deal that my suspension of disbelief is necessary. The storylines are so rich that they can have premises that are pretty far out there. Carpenter has always been incredible at making some of the hardest premises work on film. In the case of Christine, despite my best efforts, I could never fully get there. Despite my best intentions, to me a car is just an object. I also wouldn’t be afraid if they made a film about a motorcycle, toaster, vacuum cleaner, or lawnmower with evil inside of it. To me, objects are never that frightening unless they are controlled by a human.

There is one other big nagging problem with the film – the character of Dennis finds himself attracted to Leigh Cabot (Alexandra Paul) over the beautiful blonde Roseanne played by Kelly Preston. This is absolutely insane to me because there was nobody more attractive in 1983 than Kelly Preston. When she walked on screen, I immediately was giving the movie some props when she basically disappeared for the rest of the movie.

Now that I have that out of the way, here is the good news. If you can get past the inherent flaws with the central premise there is a lot to like. The score by Carpenter is solid – while not quite as legendary as some of his scores it still is very enjoyable. The direction by Carpenter is pretty exceptional and extremely technical. Instead of using a bunch of computer-generated effects that would age the film, Carpenter did it the hard way with practical effects and a lot of Plymouths. This must be one of his most technically demanding films and it looks great today after thirty-five years because of the clever techniques he used then. The storyline itself has plenty of enjoyable moments and characters. The writing is not terrible aside from the premise itself and I found a certain satisfaction watching Christine take out the bullies one by one. The two central performances in the film by John Stockwell and Keith Gordon are pretty good as well. I also am always pleased to see the great Harry Dean Stanton in any role and he plays a key part in the film.

At the end of the day, even Carpenter and King with a weak concept can make for an enjoyable film. Definitely not my favorite but I still enjoyed it.

Sony is known for their amazing attention to detail. While the film itself might not be that strong, visually it is another visual feast from Carpenter. Ultra HD is a great format for Carpenter’s films. He has an incredible eye. The increased amount of detail on this release is pretty incredible. My guess is that this film looks better now than it even looked on the big screen. If Sony wants to bring any other Carpenter films to Ultra HD, I will be in line to buy them.

Sony has updated the DTS-HD MA 5.1 track to a full blown Atmos track. Granted, the film is 35 years old so though the upgrade is a welcome addition, it doesn’t add a lot sonically to the overall presentation. The previously-released Blu-ray had a strong-sounding mix that was front heavy, but had a fair share of surround sound to balance out the overall ambiance. This Atmos mix does up the ante a bit, the key word being “bit” with some overall atmospheric sounds that the Blu-ray didn’t have. Coupled with the upgraded audio, the Atmos mix certainly makes this more of a value-added set, but there are certainly better mixes out there.

The supplements featured are only found on the Blu-Ray included in the set. They are identical to what came originally on the Sony Blu-ray presentation. The fact that the audio commentary is not included on this disc is absolutely ridiculous.

Christine is technically competent and has a great score. The concept itself was a little bit too ridiculous for this to become a favorite of mine, but I still enjoyed watching what Carpenter did with the material. Sony have done an incredible job on the new transfer in every way. It looks amazing. Unfortunately, the fantastic supplements can only be found on the included Blu-ray. This means that I cannot watch this pristine new visual presentation with Carpenter’s commentary playing. This is downright ridiculous when you see that every single language imaginable is on the UHD disk and they didn’t take the time to add that track onto the disk. Fans of the film will want to upgrade to the new presentation, but they will not be doing it for any new supplements. As for the steelbook itself, the pop art on the front looks beautiful. Overall, this release comes recommended for die-hard fans of the film, but a rental may be recommended to make sure it is your cup of tea. Kudos to Sony for the amazing work they are performing on their 4K transfers. Christine has never looked better. 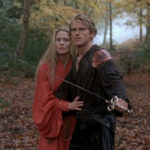 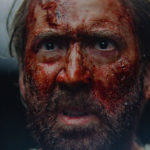