The published date of this review will be January 25, 2019. Many of us are still trying to shake off the holiday cheer that is Christmas. And just one month to the day after our savior was born, I’m covering a 4K review of a film from said season. Is it me or is there something inherently wrong with that? I guess, in the film’s defense, IMDb shows the release date of November 8, 2018. But still…it’s just weird. Switching gears, we’ve got an animated film who’s (pardon the pun) namesake dates back to the 60’s in film form that’s now been re-animated. The last version was a 2000 live-action version starring Jim Carrey. You know what? This review is already all over the place. And, let’s face it, if you don’t know the plot of The Grinch, well I guess it’s up to me to give you the low down. Ho ho ho, let’s get started.

First thing’s first – Max the dog – he’s an enabler. This movie and story would be a lot different if not for him. That tongue sticking out. His tail wagging about. Just who the hell does he think he is?

The Grinch (voiced by Benedict Cumberbatch) lives high in the mountains where he can be away from everyone and everything. I long to do that myself. His dog, the aforementioned Max, at his side. But he’s got a problem – he’s hungry. Not Max. The Grinch. He’s eaten all of his food and now much wallow with the citizens of Whoville in mid-December. And you know what that means? Yep, he’s assaulted with Christmas cheer and the townsfolk’s merriment. It’s enough to make your skin crawl. But The Grinch is a clever one. Oh yes he is! He uses his talents as an inventor and recruits a dim-witted reindeer (are there any other kind?) named Fred and devises a plan to steal the town’s Christmas presents in one night. Alas we forget dear Cindy Lou (voiced by Cameron Seely), desperate with a one-on-one with St. Nick (that’s Santa to the lay person) so she can make a special request. I think we all know what happens next.

After the killing spree, I wasn’t sure what to think. Wait, wrong movie. Oh yeah, The Grinch. Well it turns out he came to his senses and returned the presents and decided to be, you know, not so much of a dick anymore. Merry Christmas.

Admittedly, this isn’t a bad movie, there was just no need for it. The 2000 Jim Carrey version had its detractors, but even it has worked its way into the holiday-themed pantheon of film lore. And it starred Jim Carrey in his prime. What could be better than that? The one this film really takes its cues from is the 1966 which, for all intents and purposes, is the one true version. Yep, the one true King of the North is The Grinch! Sorry, I got distracted again. This one is from Illumination Entertainment and if production companies aren’t your thing, then it’s the same folks who brought you Despicable Me and the Minions. You’re welcome. I think. So while it’s not a total waste of time, there’ really no need to check it out unless you’ve got little ones dying to see a green-furred “thing” be mean (and then later, nice) to a group of weird-looking folks. You know the drill. And you’ve been warned.

Ok, who are we kidding? When putting in a new-to-the-format 4K disc of a computer-animated film, I’d sooner expect to see pigs fly than be disappointed with the way this will (should) look. Guess what? I don’t see any pigs flying. My feeble attempt at humor aside, The Grinch does look every bit as good as I thought it would. The animation is bright, bold, vivid and colorful (and yes, I realize all those essentially mean the same thing). The HDR gives the colors a bit more “pop” than the Blu-ray counterpart. The Grinch seems a bit more “fluffy” this time around as opposed to the matted rug that the Jim Carrey version had. Then again that was live-action and this isn’t. Simply put, this is everything you could want in a home video format. Kids will dig it and if you want to show off how many colors your HDTV has – just stick this disc in, you won’t be disappointed.

Part of the fun of watching an animated film is trying to guess which celebrity voice is doing which part. Some are easy, others aren’t. As it turns out I did cheat a little bit when I saw Benedict Cumberbatch’s name listed first. One would assume that he’s the voice of the Grinch. And he is. The Dolby Atmos mix has great channel separation as well as a very distinct vocal tone to it. Cumberbatch’s voice is distinctly American and he seems to be doing his absolute best to sound like Paul Giamatti. The thought occurred to me – why not just get Paul Giamatti? Anyway, I digress…surrounds are active, constantly churning out holiday cheer (or jeer, depending on your point of view), the LFE have a few moments of glory and the front stage handles the rest. Yep, those Atmos speakers are going to bounce that sound all around your room. Get ready kiddies, it’s Christmas time!

Disney is going back in their catalog and making live-action films out of all their classic animated movies. Universal seems to be going the other way. Whatever your fancy, there’s really not a lot of new ground covered here. It’s basically a remake of the original 1966 version. If you want the best version, story wise, then there’s really only one choice: the original 1966 animated version. That aside, this disc sports and amazing picture and sound and has plenty of family-friendly features that may or may not keep the little ones entertained. 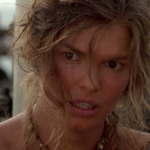 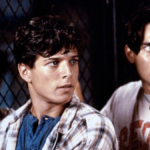