In all fairness, this reviewer thinks when it came to giving the Best Picture award in 2005, the Academy gave its prestigious honor to Crash but it was another year where they gave it to the wrong picture and that picture wasn’t even nominated in that category. It was A History of Violence and the effect it left through its short running time still sticks with me and reminds me of what the real Best Picture was that year. A few years later, director David Cronenberg gives another intriguing tale set in England and told in another short running time but when a tale like Eastern Promises can be told in this visionary’s eyes, one asks “Who’s paying attention to the clock?”

A slit throat and a pregnant girl give off blood to tell two intersecting tales of a diary of that girl discovered by a midwife (Naomi Watts) and the translation by a older gentleman (Armin Mueller-Stahl)who holds rich parties. Unknown to her is a slick haired Russian chauffeur who notices her motorcycle and is an indicator although it’s memorable and nice inside, things are not what they seem for its a front for an underworld of many dirty dealings including two sides playing off each other and a power struggle that leads to another life created in this dark world.

When I had first viewed this film, I felt that something might have been missing in the middle. Sadly, that was a result of tiredness. On second viewing, I viewed a much better film that had something in the middle but left me wanting a follow up right away. Yes it leaves some unanswered questions but I had gotten so involved with the film that I honestly didn’t want to see it end and felt this was the first part of a bigger film. But despite that, Eastern Promises done very well and truly a film that benefits from repeat viewing and with all the solid acting and storytelling by all I say bring on the second tale if at all possible.

It’s been a while since I sat down and watched this and I was immediately reminded of the dark nature of it. Naturally, it couples rather nicely with the tone of the film. Lots of earthy tones are used and I was hard-pressed to find much, if anything, wrong wit the way this looks. Eastern Promises boasts a new 1.85:1 HEVC 4K transfer and, as with most 4K releases, has brought out the best in what the filmmakers had to offer. Flesh tones are a bit muted, but it’s the little things like the detail of the fake tattoos on Mortensen’s body that really made me take a second look. Amazing. Fans will be thrilled with this first rate transfer, for sure.

I vividly remember viewing this on HD-DVD as I was so sure that it would win the format war. You can add that to the list of things I was wrong about. Not that it matters a decade and a half later. The Dolby TrueHD track from the HD-DVD and Blu-ray have been replaced with a DTS HD Master Audio mix that, to be fair, sounds about the same as the previously-released mix. Vocals are strong and crisp, surrounds are used sparingly (Cronenberg is more of a visual artist as opposed to relying on audio), but get the job done. It’s a moderate increase in quality and one that should leave the viewer amply satisfied.

I gained a new appreciation for the film itself as well as for Viggo Mortensen and am in awe of his talent. Cronenberg’s films aren’t for everyone, the gratuitous violence might churn a few stomachs. Still, to have this on 4K with a new feature to boot, will have fans giddy. 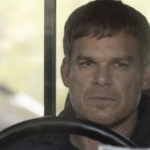 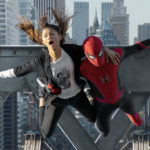