Let it be known that I was NOT a fan of the 2018 Halloween. Nor was I into the two Rob Zombie directed films. Regarding the 2018 version, I just found it severely lacking in true frights and it squandered any potential of following the original film’s footsteps with some very odd choices. When Halloween Kills rolled around, I really couldn’t have cared less about it. I saw it with an open mind and after having viewed it, I can rightly say I have little to zero hope for the next installment. Well, outside of it finally concluding the Laurie Strode storyline. I suppose we’ll always have these films being made, so maybe the next one will get things right. A clean slate is what’s needed. My biggest gripe is that the 2018 film should have been a one-and-done type sequel to give the finality once and for all. Sadly, they’re dragging things out, and turning these films into frustrations more than entertainment. I will elaborate in a bit, but nothing can hold a candle to the original film. That is that has only grown on me with age.

Acting as something of a bridge film to fill in the gaps till the next installment, this one takes us back to Halloween night 1978. We see a policeman accidentally shoot his partner when he’s just trying to save him from Michael Myers. There’s a bit more going on here with Dr. Loomis and the officer preventing Loomis from executing him. So, we quickly realize this one is really trying to right things by this flashback and molding it to ft the new narrative. It’s an ambitious experiment, but not a very successful one. We’re now reintroduced to Tommy Doyle (Anthony Michael Hall) on the 40th anniversary of Michael’s imprisonment. We see brief recaps of the other characters who all had encounters with Myers all those years ago. Meanwhile, Laure Strode (Jamie Lee Curtis) is angry at the firefighters for rescuing Myers and not letting him burn to death. Laurie is also badly wounded, so this leaves Laurie set to the sidelines in this film. This will bring back similar memories from the original Halloween II, though this film has different plans.

There’s a lot going on in Halloween Kills even if there’s very little happening. It’s all a very clear setup for the next chapter. Tommy Doyle’s plot is intriguing, but one could have a fun little drinking game with their friends whenever a character utters the words “Evil dies tonight.” Take it from me, it gets old fast. Let me just vent my frustrations with this film. I won’t spoil things outright, but they essentially make Myers into a superhero and that proves annoying. I mentioned the 2018 lacking the finality that’s called for by being a direct sequel to the original, but this one goes too far. It’s no fun when we’re watching characters determined to stop this monster when they stand basically no chance. If this were just a throwaway sequel with a more lighthearted tone (one possibly winking at the audience) is one thing, but to tell us that they’re defenseless against Myers leaves little enjoyment. I was hesitant when I first learned David Gordon Green was handling this series but thought maybe he’ll surprise me. Instead, he leaves much to be desired. This proves to be a disappointing film, but furthermore for what it tries to do. I don’t like what they’ve done with the character here. In addition to the film playing more to the gore crowd than true horror fans leave this as a massive letdown. I won’t say I was very hopeful for this film, but now I am not even going to waste a thought on the third and final chapter in this series.

Let’s face it – there are films that are simply made to be “dark.” And I think we can all agree that any Halloween movie fits this bill. Even some of the daytime scenes (in any of them) isn’t exactly sunshine and rainbows if you get what I’m saying. Taking that into consideration, Halloween Kills takes place mostly at night as, well, it’s supposed to. The mask is different (though some painstaking details shown in one of the featurettes showed how they had to re-create the 1978 mask), but everything else is the same. The 2.39:1 HEVC 4K image has no problems with the shadows, detail is razor (sorry, couldn’t resist) sharp and all the other caveats apply. I’m running out of ways to express how good most every modern film looks. Suffice it to say that even if Halloween Kills isn’t up your alley, it still looks pretty darn good.

Included is a Dolby Atmos track that took me by surprise a few times. Yes, it takes a lot for a “jump scare” to really startle me (you might say I’m desensitized), but the Atmos track really does bring out the best in the soundtrack. While not quite the iconic soundtrack of the original, this one still manages to be entertaining and eerie all at the same time. Vocals are sharp and crisp and as we alluded to above – every time you hear “evil dies tonight” take a drink. Good luck making it to the end. Surrounds are surprisingly active as well. All in all it’s a good-sounding mix.

I believe this film (like the 2018 version) will be very divisive with folks and they’ll either love or hate it. I will waste no breath in saying I fall into the latter camp. I simply hate the direction they’re taking things and feel that the filmmakers are dragging on a storyline that should’ve been long wrapped up by now. The flashbacks are annoying, the plot is a middle chapter, and the scares just aren’t there. I have little to no hope for Halloween Ends. I suppose the one saving grace is that after it’s released, that will be two unfit directors who’ve had their hand at the Halloween films. Maybe the next one to take the reins will start from scratch for better results. 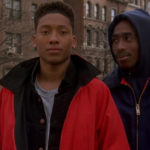 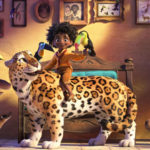